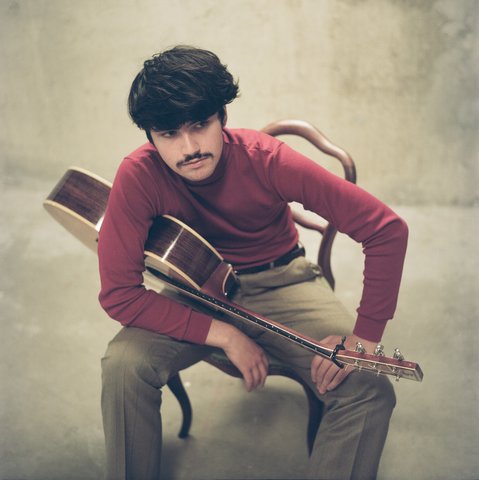 Marie Bachand
marie@abachand.ca
250-472-0999
Contact Info
Past Shows (16)
“Quinn has depth and maturity to match his unending virtuosity and aptitude on the guitar" - John Jorgenson

​​The evolution of a young musician is something beautiful to behold. Every blue moon, when this rate of growth seems exponential, the experience is nothing if not exciting. Victoria’s own Quinn Bachand is evolving at such a rate – a natural musician, invested of both body and soul in his quest for musical perfection. Since he was 11, he’s stopped traffic with his jaw-dropping abilities on acoustic guitar, performing with his equally talented sister, Qristina. The rest is history as the talented siblings – focused on bringing traditional Celtic roots music into the 21st Century – have earned countless nominations and awards up to, and including, their latest release.

While both musicians have individually progressed light years beyond their youthful beginnings, 21 year-old Quinn has repeatedly revealed a truly restless spirit. His interests spanning beyond mere mastery of his guitar, he now plays over a dozen instruments while expanding his expertise in singing.

Ever the bold musical voyageur, Quinn has invested his love of world music and gypsy jazz in particular with the 2013 release of his band and same-named debut CD, Brishen (defined as “bringer of the storm”). Aptly titled, the gale force success of this debut tells the tale – resulting in noteworthy recognition for Quinn, including a quintet of CFMA nominations, the Saga Djangofest Award, a Western Canada Music Award nomination, an “Emerging Artist” spot with the RBC Canada’s Walk of Fame, plus a triple nomination at the Vancouver Island Music Awards.

Quinn’s forward trajectory continues with the 2017 release of Blue Verdun, further strutting his instrumental prowess across an 8-track exposé on the genius of Eddy Lang, Charlie Christian and Django Reinhardt, bridging traditional jazz with old-school pop and western swing. A tasteful throwback to the romance of another era, Quinn swings and sings his way through the music that truly stirs his heart, the Parisian Hot Clubs of the mid-1930s. Quite the time travel for this old soul visionary who, by age 14, had propelled his way to earning top marks from the Royal Conservatory of Music and later, a Presidential scholarship to Boston’s Berklee College of Music.

Effortlessly adept at century hopping, Quinn also jumps from acoustic guitar to bouzouki, Hammond B3 to banjo, and fiddle to percussion with the same ease, justifying accolades of fans and peers alike. Of Quinn, no less than fellow Franco-American Swing bender, John Jorgenson, claims that, “he has depth and maturity to match his unending virtuosity and aptitude on the guitar” while seasoned Celtic genre-bender Ashley MacIsaac notes, “I have yet to meet anyone that is more creative, musically expressive and technically skilled as Quinn Bachand and his unique abilities make him one of a kind."

In this video: Quinn Bachand's Brishen
Posted: Jan. 22, 2014
Status: Available for Shows/Gigs
Resident in Boston/Montreal part of the year. Check with agent for availability. - Last confirmed May. 9, 2018
Submit info on this band to our admins