QUINN BACHAND'S BRISHEN With a tight grasp on the music that embraces the swi...

With a tight grasp on the music that embraces the swing tradition, Quinn Bachand's Brishen takes audiences on an inventive quest which, through technical virtuosity, brings together a spellbinding range of musical history to reinvent the categories of swing jazz, pop and country, celebrating the music of the ‘30s, up to and including the ‘60s. Quinn is able to create a space where virtuosity meets vibe, leaving audiences with a sense of jubilance and nostalgia.

A natural musician, the twenty three year old is invested of both body and soul in his quest for musical perfection in many facets. A seasoned and versatile performer, he’s been a professional musician since he was 11, and is considered one of Canada’s top Celtic guitarists. In addition to touring and performing with artists such as Ashley MacIsaac and Natalie MacMaster, as well as with sister Qristina, Quinn fronts his own stellar gypsy swing ensemble, Brishen, and is a member of various outfits including the Grammy nominated, Kittel & Co.

Quinn has toured across Canada, the United States, Europe and Australia performing at major folk, jazz, Celtic and gypsy jazz festivals. He has won two Irish Music Awards and an Independent Music Award and has been nominated for eleven Canadian Folk Music Awards and four Western Canadian Music Awards. Born and raised in Victoria, BC, Quinn recently completed his B.A. on a full-ride Presidential Scholarship at Boston’s prestigious Berklee College of Music. He is currently based in Montreal.

Since 1992, Claude Méthé (fiddle, vocals) and Dana Whittle (guitar, vocals, foot percussion) have performed, composed and shared everything, both in music and in life. Zigue reflects their common love for the Québécois trad-inspired music they make together every day. Both are dynamic singers and prolific composers. Claude’s raw, emotional voice and virtuoso fiddling is seamlessly matched to the accompaniment of his partner, herself a rhythmic and vocal powerhouse. Together, they deliver the kind of magic that is the hallmark of musical families. 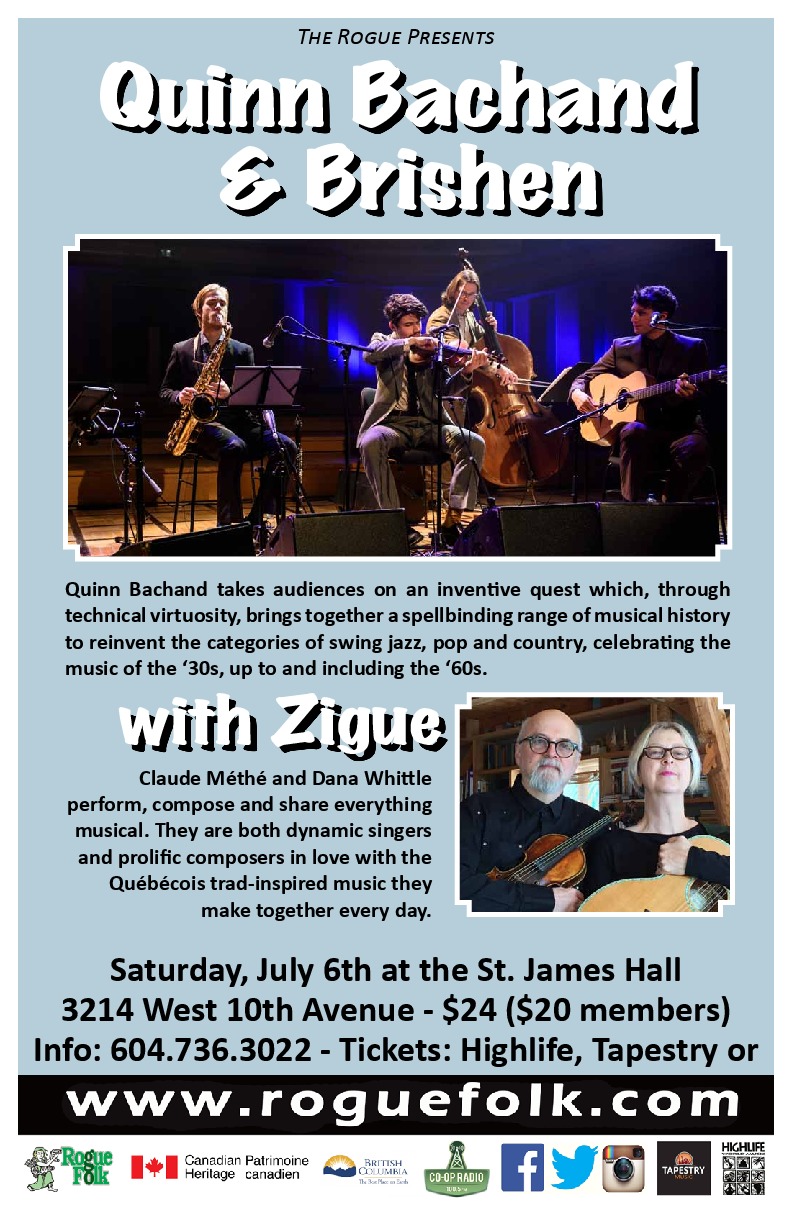