This will be an evening of epic proportions you won't want to miss! Headlining and making their Victoria debut is Seattle’s PEARL DJANGO (http://www.pearldjango.com/) , the premier gypsy jazz band of the Pacific Northwest! Opening the show will be Victoria’s newest and hottest gypsy jazz ensemble, BRISHEN (http://www.brishenmusic.com/)

With a performance history spanning almost two decades, Pearl Django endures as one of the most highly regarded Hot Club style groups working today. Although the band’s roots are firmly in the music made famous by Django Reinhardt and Stephan Grappelli, its extensive repertoire includes traditional jazz classics and original compositions. Pearl Django has performed at festivals, dances and nightspots throughout the U.S. and abroad. They have played at the prestigious Festival Django Reinhardt in Samois sur Seine and have been featured on NPR’s “All Things Considered.” The band’s signature style is marked by pristine and dexterous string work, colors of Bal Musette, the steady pulse of rhythm guitar and an unmistakable swing that delights audiences of all musical sensibilities. Throughout the years, Pearl Django has cultivated a devoted and enthusiastic following and they continue to play to packed houses wherever they perform.

"Pearl Django play(s) gypsy jazz…and they do it with such verve, skill and pleasure that
they're pretty much irresistible to jazz and non-jazz listeners alike." —Seattle Weekly

Opening the show will be Victoria’s newest gypsy jazz ensemble, BRISHEN. This sizzling ensemble is fronted by seventeen year old guitarist Quinn Bachand, one of Canada's most exceptional young musicians and violinist Richard Moody, a veteran of the Canadian folk music scene. Although Quinn and Richard are very active with other projects - Quinn has toured with Ashley MacIsaac and Natalie MacMaster, and Richard is a member of The Bills - they share a passion for Gypsy Jazz and have teamed up to form this exceptional ensemble that also features the talented Reuben Wier on rhythm guitar and vocals and Joey Smith on bass. BRISHEN recreates the magic of Django Reinhardt, Stephane Grappelli and the Hot Club de France for an unforgettable musical experience. 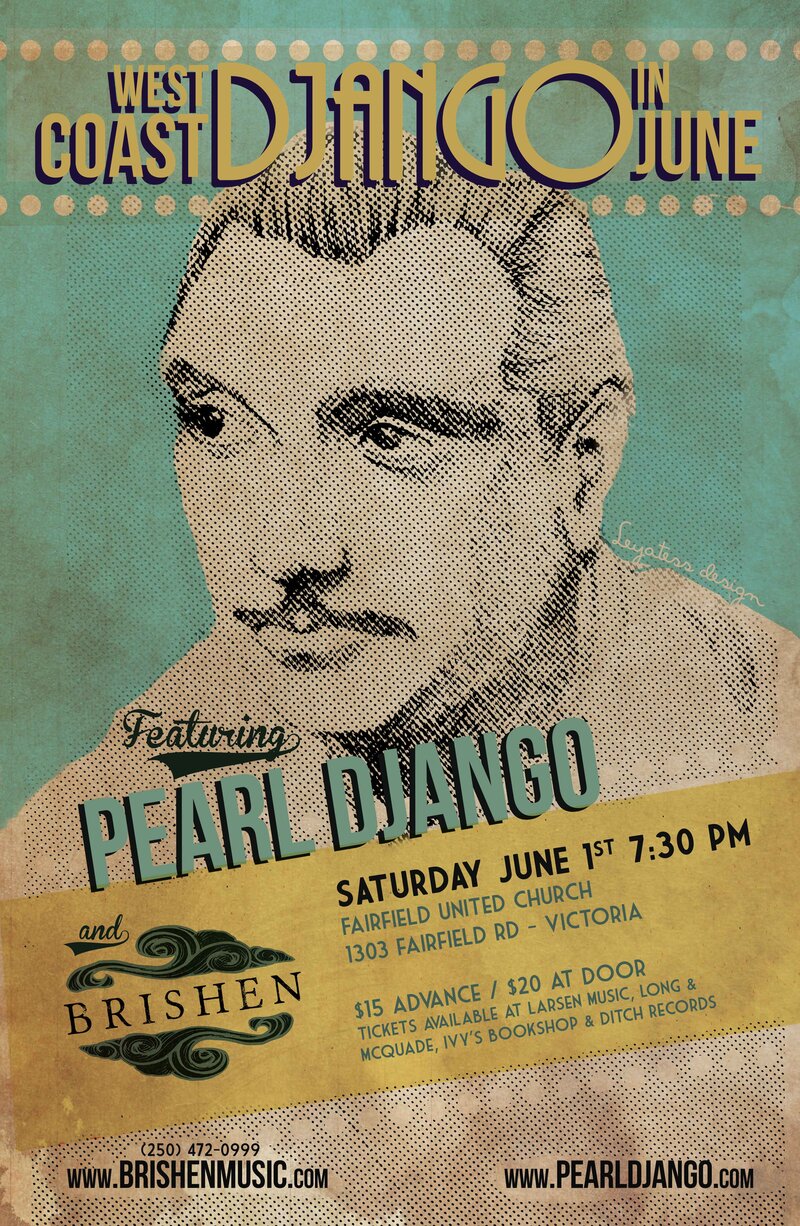