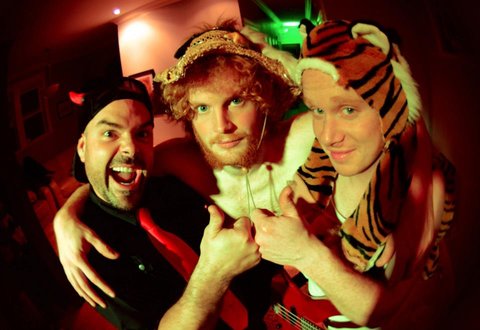 from Victoria BC
http://www.mcunite.com
Available for Shows/Gigs - Confirmed: May. 28, 2015 (Awaiting Update)

Ry Williams
ry_will@hotmail.com
Contact Info
Past Shows (7)
Mythical creatures need loving too. MC Unite! is a surf-punk-reggae party band from Victoria whose hilarious and unpredictable live shows have earned them fans up and down the island. Performances are usually accompanied by a “tickle trunk” of costumes for the band and audience members to don. Want to crowd-surf in a unicorn mask? Go for it. Crush beers in devil horns? Do it up!
No audio samples have been linked to this profile.

Status: Available for Shows/Gigs
- Last confirmed May. 28, 2015
Submit info on this band to our admins