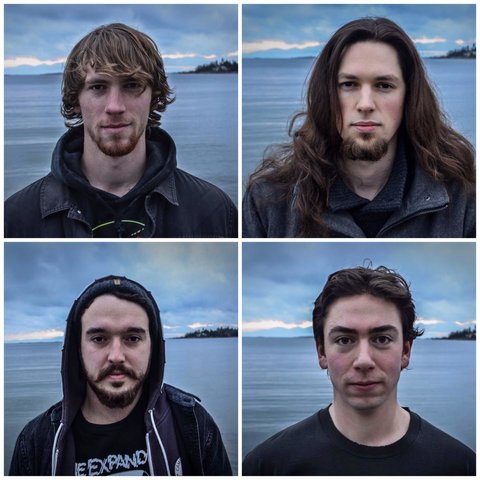 Blackwood Kings
blackwoodkingsofficial@gmail.com
Contact Info
Past Shows (40)
Event Photo Galleries (3)
Now five years into their lifespan, Blackwood Kings has proven to be one of the more unique bands to pop up in the Victoria BC scene. In spirit and ethos, they’re a punk band, but while contemporaries may lean towards buzz-saw-distorted guitars and shouted vocals, Blackwood Kings favour the reverb-laden upstrokes of ska and dub, producing a politically and emotionally charged brand of reggae fusion that is uniquely their own. And while the foundation of Blackwood Kings sound is comprised of the aforementioned Jamaican genres, no musical idea is off limits, with songs frequently travelling into disparate realms such as math rock, fusion, and jungle.

Blackwood Kings released their second EP in the fourth quarter of 2015. While short in length, the four-track release showcases the diversity of the group's sound. Lead single "Into The Blue" (features frantic jungle drumming and skankin' guitars doused in reverb and delay. "Paralysis" takes the listener on a journey through angular stops and psychedelic bass-heavy dub, while "Idle Nature" sees the band explore their ska roots with bouncing upstrokes. "Upholding lies that blind us from the dirty minds that bind us/ Contending ideologies contain and then divide us" pines frontman Chris Zielonka on "Break Away", an earth-shaking dub track that morphs into a Latin-tinged sax-and-trombone conversation.

Blackwood Kings' varied and malleable style has allowed them to share the stage with notable acts such as Authority Zero, J-Boog, The Slackers, The Mad Caddies, The Skints, Gondwana, and Third World. The group has appeared at festivals such as Rifflandia, Victoria Ska & Reggae Fest and Fernfest, while also lending their performances to social and political events such as the University of Victoria "Earth Fest" with speakers such as the Green Party's Elizabeth May, and a fundraiser for building a hospital in Sierra Leone alongside acclaimed reggae/highlife group Sierra Leone's Refugee All-Stars.
No audio samples have been linked to this profile.