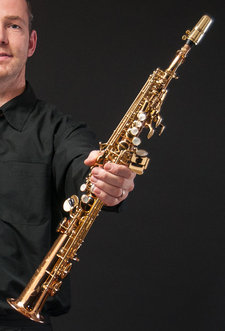 Saxophonist Erik Abbink has performed as a chamber musician in Canada, the United States, the Netherlands, Germany, France, Poland and Turkey. He appeared for Sonic Boom Vancouver, The Netherland Wind Ensemble, Percussion Group The Hague, Aventa Ensemble, and Redshift. As an orchestral musician he appeared with the Rotterdam Philharmonic Orchestra, the Netherlands Symphony Orchestra, the UBC Symphony Orchestra and the Victoria Symphony.

The knowledge gained from formal music education has had a deep impact on Erik’s dedication to the saxophone. Erik studied at the Artez Conservatory (Netherlands), the Orlando Chamber Music Courses (Netherlands), Alicante Saxophone Festival (Spain), and various residencies at the Banff Centre for the Arts.

In 2011 Erik received his Doctor of Music Arts degree from the University of British Columbia after intensive studies with Julia Nolan. His other saxophone teachers include Arno Bornkamp, Johan van der Linden, and Jeremy Brown.

In 2013 Erik was the instigator and founding member of the Oak Bay Music Society, of which he acts as Artistic Director and Coordinator.

Erik lives in Oak Bay with his partner, pianist Jacqueline Perriam, and their two sons Anthony and Tristan.