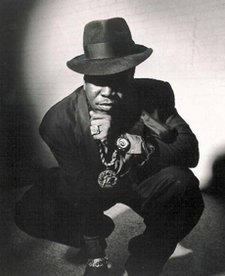 info@barringtonlevy.com
Contact Info
Past Shows (4)
Event Photo Galleries (1)
Called Reggae's "Mellow Canary" by virtue of his strong, pure vocal style, he's renowned as the first singer of the dancehall era, inspiring many imitators en-route. Barrington was born in West Kingston, but spent much of his youth in Clarendon, where he developed his signature reff by experimenting with different vocalizations and bouncing sounds off the surrounding hills.

Barrington Levy (pronounced LEE-VEE) is a driving force in reggae & dancehall music and remains the perennial favourite of audiences in Jamaica and throughout the world. Always a solid voice and a uniquely expressive song style, Barrington is consistently at the forefront of the music scene, and has become the most requested vocalist in reggae music history.The classic album of Barrington's greatest hits "Broader Than Broadway," is one of the best reggae collections ever created. This was released on the hip-hop label Profile, which helped Barrington to become more recognizable in the crossover market. He came back with Bounty Killer on the song "Living Dangerously" -undisputedly the biggest reggae song of 1996, which held the 1 spot on the dancehall charts worldwide. Barrington Levy has probably collaborated with more reggae and hip hop musicians than any other performer in the genre. Any “who’s who” of the reggae/dahcehall world has collaborated with Barrington. Names include the aforementioned Bounty Killer and others including Sly & Robbie, Buju Banton, Beenie Man, Capleton, Gentleman, Vybz Kartel, Mr. Vegas, Long Beach and Slightly Stoopid. In the hip hop realm his accolades include works with Snoop Dog, Shyne, Busta Rhymes, Kardinal Offishall and The Rascalz.

View all tracks for this artist (5)
No member roster has been entered (to link to musician profiles.)
Status: Unknown
- Last confirmed Dec. 9, 2012
Submit info on this band to our admins