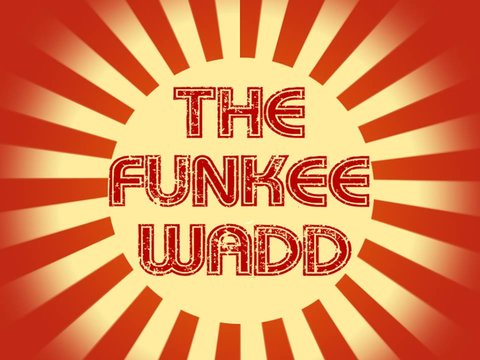 Kyle Waddington
TheFunkeeWadd@gmail.com
778-922-3865
Contact Info
Past Shows (10)
Event Photo Galleries (2)
The Funkee Wadd, born of an extraordinary man deemed Montgomery, and an angelic being by the name Of Mary-Helen, he has come to the western coast of British Columbia to bring one thing, and one thing only, Bass. With a main focus on The Funk and Breaks, he is no stranger to elevating a dance floor with the likes of Jungle, Fist Pumping Electro, Sexy Jacking House, The Glitchiest of Glitch Hop and anything else that may cause a booty popping effect or head banging tendencies. After recently collaborating with Phil Lyons on lead guitar, and Doc Zoo and Danimal House of Extended Adolescence, a new group has been born. Illvis Freshly is bridging the gap between live and electronic music, bringing live guitar, harmonica and vocalists to the stage with hip-hop, funk, and future bass music. You can catch them in and around Victoria as well as with another project focusing on glitch hop with B-Mid(Bren Hall) called The Whackness. The Funkee Wadd has had the privilege of sharing the stage with many acts such as The Funk Hunters, Stickybuds, Mat The Alien, JFB, Westerly, Slynk, Funkanomics, SkiiTour, Mafia Kiss, and many, many other talented individuals. His last 3 mixtapes, Winter Solstice Mix, From Dawn to Dusk, and Symmetry, have all been featured on the Ghetto Funk website on Sammy Senior's Mixtape Dig. The Funkee Wadd and his golden(Steel) Harmonica are known for causing a dance floor to get all types of wiggly, and will always make sure you leave the dancefloor weak in the knees and fiending for more.
No audio samples have been linked to this profile.
No member roster has been entered (to link to musician profiles.)
Status: Available for Shows/Gigs
Always ready to play that funky music.... - Last confirmed Jan. 27, 2015
Submit info on this band to our admins