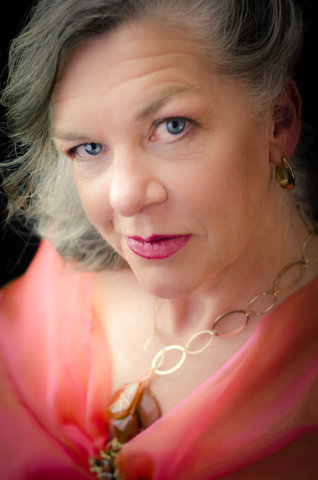 Audience members write, after an evening jazz club show, “Your voice was clear and strong as was your spirit. Such an amazing concert and a great tonic for these troubling times”. An avid fan notes “Her insides are on the outside”; while another says, “So refreshing after all that is trite”. Floating seamlessly across diverse genres of jazz, pop, meditational, soul, and Broadway, Lorraine’s signature styling shines through, as does her genuine love of connection with the audience. She has lived and brings her genuine warmth and compassion into her work.
Happily singing since childhood, Lorraine developed prowess in choirs, and then in regular weekend performance in Vancouver while attending college. After raising her family, she studied at the Victoria Conservatory of Music’s jazz program and more choir and solo work led to her debut CD in 2011. First Off the Floor was recorded in Rick Salt’s studio in Nanaimo, with Misha Piatigorsky on piano, Ken Lister on bass, and Kelby MacNayr on drums. The pain of love dissolved resonants in the standard ballads, “Don’t Explain”, and “I’m a Fool to Want You”. An indomitable spirit is clearly driven home in “On the Sunny Side of the Street”.
Regular shows on various stages ensued, collaborating with the wondrous talents in Louise Rose, Miles Black, Joey Smith, Kelby MacNayr, Cliff Maddix, Misha Piatigorsky, George Mcfetridge and more.

Back in Salt’s studio in the summer of 2016 for an album of her original songs, this time with Joey Smith on bass, Kelby MacNayr on drums, and Louise Rose on piano, the collaboration of talents was magical and the works were born. Released in January of 2017, On the Edge encompasses the many moods and themes that reveal her heart. The compilation was well-received in debut concerts, with audience members agreeing, “Your original music is the best”. Video producer Shiraz chose the song, “Offline” as his favourite for a music video, shot over November 2017 which was released in early 2018. In January of 2019, Lorraine created her own music video for another song from On the Edge, called "Overboard". Links to both these videos can be found on her website.

Lorraine loves working with the myriad of talented musicians in the Pacific Northwest, and is available for a variety of occasions and needs. Be it music for your movie, a duo in your garden party, a lively band for a wedding, or a quartet for your club...contact Lorraine via email or phone. And thanks for supporting live music: good for you.