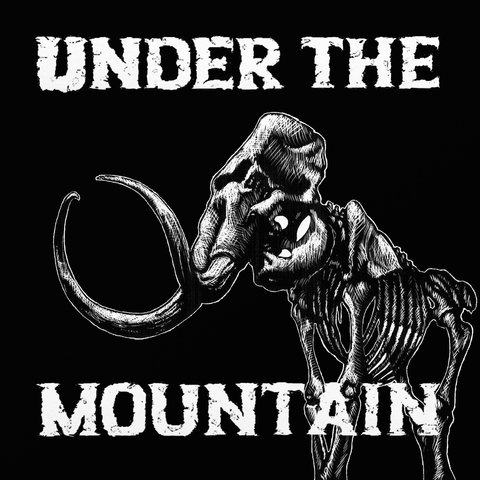 Steve Plantz
underthemountainband@gmail.com
250-713-2816
Contact Info
Past Shows (15)
It's scary to think of a world where Rock and Metal music is dead and gone. These days, it seems that Pop music has managed to dig its pink-painted claws into each and every form of Rock music there is. Under the Mountain will have none of it. The Canadian-based four piece hard rock band came together during a time of steady decline of badassdom on the radio to set things right again. This is their story...
Under the Mountain was formed in 2009 when two high school friends, Steve Plantz (lead vocals/guitar) and Myles Young (guitar) kept in touch and decided to start a band. It was his job as a painter that lead Myles to Curt Patrick (bass), who was a drywaller working on the same jobsite as Myles. At the time, Curt was a guitarist who happened to own a bass guitar. Myles asked Curt to jam and later that day, they got together with Steve and made music. They didn't tell Curt that this was also his audition.
After a year-long search for a drummer which consisted of roughly 20 tryouts, Yue He, friend of the band and talented guitarist for Death Metal bands, Evilocity and Cryptic Enslavement found what would be Under the Mountain's perfect fit for a drummer. Yue was a car salesman who delt with Mandarin-speaking customers. He was in the middle of making a sale to Xie Bing Xiao a.k.a Fred (drummer) when he found out Fred played the drums. Fred came to Canada from his home in Beijing, China to study music at Vancouver Island University in Nanaimo, BC, where the band currently resides.
Under the Mountain's sound is described by members of the band as "somewhere between Hard Rock and Heavy Metal". Fans have refered to it as "balls out Rock n Roll". Uncontrollably, you'll find your head banging, feet stomping, and fists pumping to their hard hitting heavy riffs. Under the Mountain recorded their first full-length self-titled album in 2012-13 and it is set for release, Dec. 23, 2014. Cheers.

Status: Available for Shows/Gigs
Generally we are able to play shows at any time. Prefer weekends, but will certainly make exceptions. - Last confirmed Jun. 12, 2015
Submit info on this band to our admins