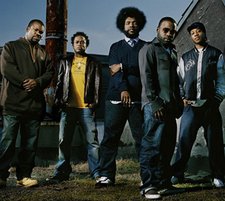 Through the Roots is a San Diego based reggae/rock band that has recently started to make waves all over the West Coast. The group is beginning to get a lot of recognition from the reggae community. With Bryan Jackson pumping out heavy bass lines and Evan Hawkins spitting some amazing lyrics it is hard not to recognize this group. Throw in a hard drum beat by Taylor Boatwright and some catchy leads by Chris Cruz and Brady O’Rear on lead guitar and keys and there is a band that people have to pay attention to. With a smooth mixture of reggae vibes and a hard rock feel Through the Roots can bring something new to the fans at every show. TTR is influenced by the great bands of the present as well as ones from the past, such as Rebelution, Tribal Seeds, The Expendables, 311, Black Uhuru, Steel Pulse, and of course Bob Marley and the Wailers. The group has played a number of shows and large events and is still working everyday to become a known name not only on the West Coast but all over the country. They are all about staying positive and giving out good vibes at their shows by playing music that most can relate to.
No audio samples have been linked to this profile.
No member roster has been entered (to link to musician profiles.)
Status: Unknown
- Last confirmed Oct. 24, 2011
Submit info on this band to our admins