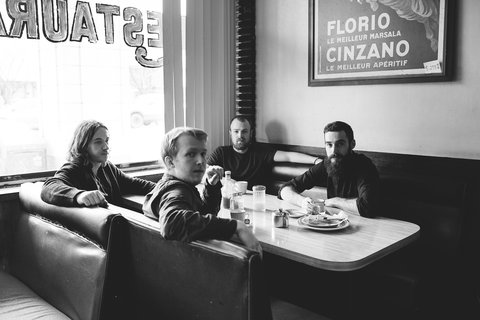 The River and The Road

Jake Jarvis
jake@eggplantent.com
6479668730
Contact Info
Past Shows (19)
Andrew Phelan and Keenan Lawlor had both only lived in Vancouver a few months before they met and began recording a full-length album together, self-titled The River and The Road, on a shoestring budget. The release of that album in the Spring of 2012, and the addition of drummer Cole George and bassist John Hayes confirmed the final lineup of The River and The Road, and its place in the Vancouver music scene. The three years following have been a journey of growth and discovery for both the band and their growing fanbase. The quartet has relentlessly toured across Canada and spent a summer touring the Australian east coast. The band’s members may hail from multiple countries, upbringings and musical backgrounds, but their identities come together to form a cohesive sound that is resoundingly Americana—a convergence of folk, country, and rock. Their second full-length LP, Headlights, out May 12, is at times a bold step away from the acoustic songwriting that initially drove them, a change that can be likened to the evolution of their live performances. What has become clear is that The River and The Road is a band that defies definition and is willing to take chances. 2015 will see the band’s sights set firmly on the road, including cross-Canada touring in support of Headlights, a slew of shows supporting Canadian icons such as Sam Roberts Band (whom they recently supported on back-to-back sold-out nights at Vancouver’s Commodore Ballroom), and a summer festival schedule including Squamish Valley Music Festival and RiverFest in Elora, ON.
No audio samples have been linked to this profile.

Status: On Hiatus
- Last confirmed Nov. 10, 2015
Submit info on this band to our admins