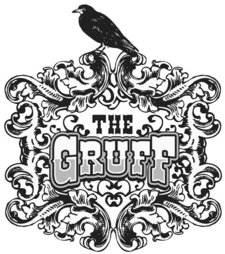 The Gruff
gruff@thegruff.com
Contact Info
Past Shows (64)
Howdy, and welcome to Gruff Country.
And it is not a standard "country". In fact, this inspired and talented young band out of Victoria, BC challenges you to pin a label on their music. The Gruff filter numerous folk traditions through the sieve of modern experience to create a truly unique sound. From old-time to country; from bluegrass to good old rock ‘n’ roll; these young songwriters harmonize, sing and shout songs of joy, sorrow, and everything in between; with astounding energy and passion. With their easy, comfortable stage presence and their obvious delight in performance, The Gruff bring a smile to every audience. Their extensive experience shines through songs of love, heartache, travel, and hard work, interspersed with traditional tunes picked up over their various journeys. Every song has a story behind it, and the audiences learn more about the band through charismatic and amusing stage banter. This group's genuine chemistry is apparent and engaging. The essence of The Gruff was hatched in the nest of Victoria's busking scene over five years ago. From those days of traditional Irish pub tunes, the young band - then called Billy Goats Gruff - evolved and grew together, creating a comfortable rapport with each other and their well-established West Coast fan base. As they matured creatively and instrumentally, they incorporated original songs

a country flavour into their repertoire. Received with enthusiasm by audiences, the young Goats nurtured this original sound and transformed themselves into the band today known as The Gruff. Lately three core band members are seen and heard romping on stage, joined by a rotating fourth. Phaedra Kemp, the main composer, accompanies her edgy country-folk vocals on the snare drum, and blows a melancholy harmonica as well. Jenny Ritter hammers her guitar and mandolin like John Henry himself, and sings with all her heart. Holding down the fort is Terri Upton on the double bass - the big bull fiddle rivals her in size, but she keeps it steady as a pickup on a logging road. Over the past year, these three have worked with an array of hot fiddlers whose string-scraping savvy rounds out their sound. Their three-part harmonies, rich and sweet, have been known to melt a heart of stone. The Gruff’s instrumental prowess is unusual in such a young group and they have traveled from coast to coast, stomping stages as far away as Halifax. They've amazed audiences from Victoria's Rootsfest to the Ottawa Folk Festival to the Hillside Festival in Guelph. The Gruff are slated to release a new album in the Spring of 2006, recorded at Marlborough Studios (produced by Adrian Dolan of The Bills). They'll be joined by such high-profile Canadian guest musicians as Steve Dawson (Zubot and Dawson), and Old Man Luedecke. Fellow musicians and audiences alike predict that this ambitious yet unassuming young band will go far and travel widely, because as is apparent to all, they have heaping amounts of the most essential ingredient in any recipe for success: The Gruff dearly love what they do.
No audio samples have been linked to this profile.

Status: Broken Up
Thanks Gruffians for all the awesome times!! -The Gruff - Last confirmed May. 3, 2010
Submit info on this band to our admins