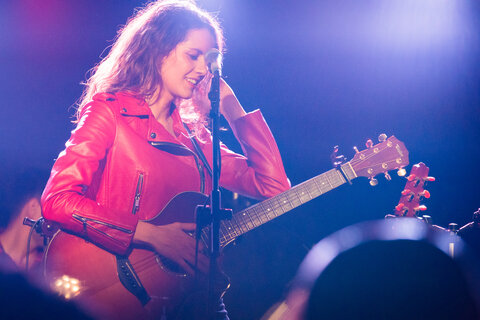 Sister Speak
booking@sisterspeakmusic.com
Contact Info
Past Shows (56)
“The Stand provides us with a watershed moment in indie-pop” – Indie Music Reviews”

“Sister Speak connected with our audience in a beautiful way, through insightful and loving lyrics and with energetic guitar grooves that kept us dancing and wanting more” – Robert Mackle, Sunshine Music Festival, Powell River BC

Canadian born Sherri Anne is at the core of Sister Speak. Whether performing an electrifying full band show or a set of heartfelt acoustic arrangements, this Taylor Guitar’s sponsored artist has connected deeply with a diverse fan-base throughout the globe.

After returning from The Stand EP world tour, Sister Speak released 'Live at The Belly Up' on vinyl record with her full band. The record features 3 unreleased tracks and live full band versions of songs from both studio albums. The world tour made stops in Canada, USA, Germany, France, Budapest, Belize and Costa Rica. In concert Sister Speak combines passionate Alt/Blues, and touch of world music. In addition to headlining at charming and iconic music clubs, Sister Speak has shared the stage with Air Supply, The Doobie Brothers and Xavier Rudd among others.

Sister Speak’s debut album, Rise Up For Love, was released in 2014 and The Stand EP in 2018. Both albums were a result of moments of extreme vulnerability transformed into music. The records have aired on radio throughout North America and Europe. Whether solo or as a band, Sister Speak aims to share message-driven music and support the authentic expression of the woman’s voice. Sister Speak was voted ‘Best Pop’ at the SDMA’s and the band is currently based in British Columbia, Canada and southern California.

[Thank you to Sister Speak’s partners: Taylor Guitars, D’addario, Planet Waves, Evan's, and Jagasilk]
No audio samples have been linked to this profile. 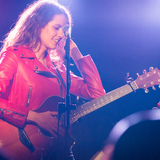