This event has been postponed. We will announce new dates for all postponed show...

This event has been postponed. We will announce new dates for all postponed shows as we have them. Tickets are available for a refund at the point of purchase. All purchased tickets will be honoured for the new dates.

HUMANS is a Canadian indie-electronic duo made up of musicians Robbie Slade and Peter Ricq.

Since the beginning, HUMANS have established themselves by creating sounds that successfully fuse experimental electronic elements with catchy indie-pop hooks. Focusing on performance and production styles of both the past and present, HUMANS have consistently impressed upon audiophiles with their technical and compositional skills.

The duo’s self-released EP Avec Mes Mecs captured the blind, wild, captivating joy of unrestrained youth, and seminal lyrics like “Who knew all we had to do was party” quickly made the EP a house party staple. The follow-up EP, Traps was released with Hybridity Music. The release saw critical acclaim and college radio success, holding the #1 position for 6 weeks on the earshot electronic charts, and ranking in the top ten on BPM. Traps received a 4/5 on Resident Advisor, and the record was featured on XLR8R, Prefix, Indie Shuffle, Spinner, Interview Magazine, Rcrd Lbl.

Their debut LP, Noontide, was Juno-nominated for “Electronic Album of the Year” (2015). The LP is an evolution of HUMANS carefully constructed, innovative mix of heavy electronics and modern pop sensibilities. The album is a synthesis of time and space, and a testament to the many influences that make up the band’s core. Noontide was released February 24th, 2015 via Hybridity Music, one of Canada’s leading independent electronic labels.

The Water Water EP was on March of 2016 via Mom + Pop in the US and Haven Sounds in Canada, and brought HUMANS new fans at press including premiere partners at The Fader, Pigeons & Planes, and Zane Lowe at Apple’s Beats1.

Now, with support from Third Side Music (one of the biggest names in publishing), their latest LP, Going Late, was recently released in 2019. The new LP was made with the help of Nik Kozub and features Grammy-winning producer Carlos De La Garza on album track ‘Still About You’ as well as So Loki for vocals on the track ‘RUN’.

Outback || Victoria, BC ||
BC: https://outbacktakeem.bandcamp.com/album/outback

Upstairs Cabaret is not a wheelchair accessible venue. 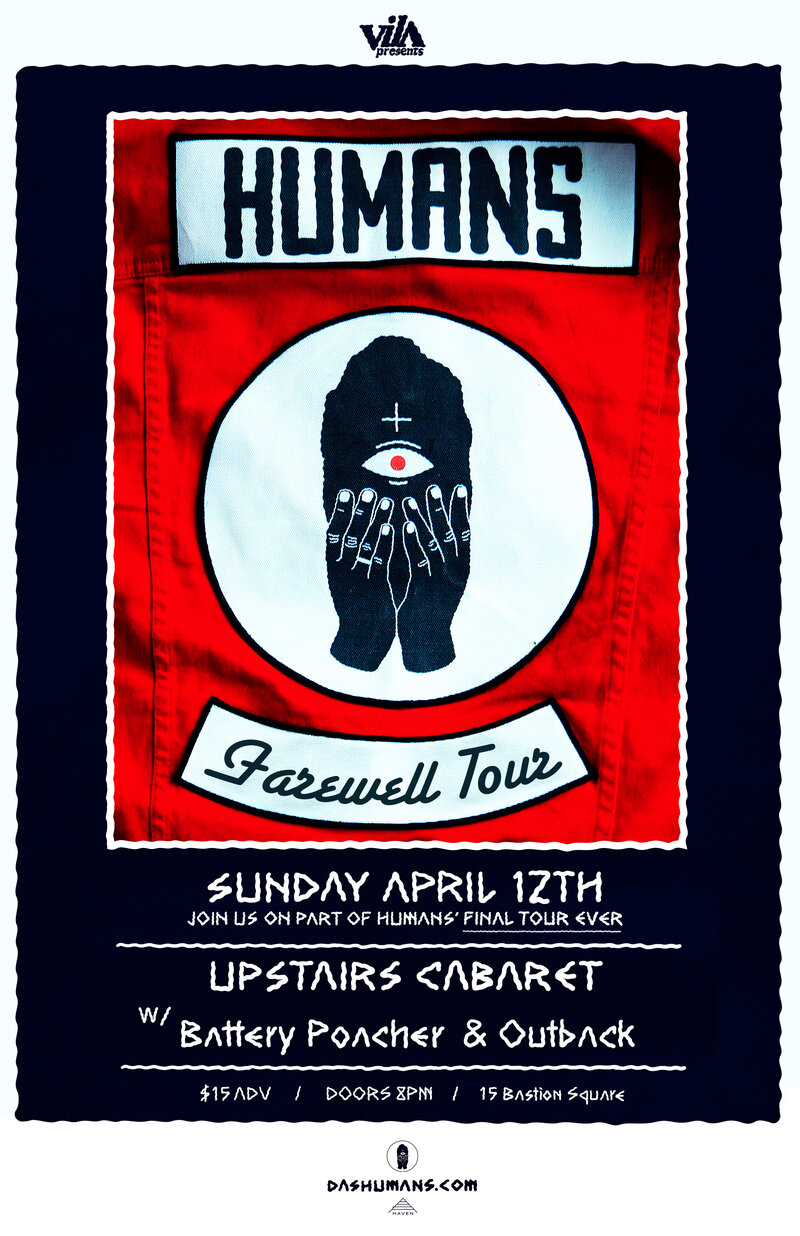