There are few names in the vast world of west coast bass as synonymous with supreme funk party-rocking as the mighty STICKYBUDS. A DJ and producer with an immensely deep knowledge of and passion for grooves of any and all genres, Stickybuds has long established himself as a powerhouse of diversity and innovation in funky bass music. A resident of Canada's legendary Shambhala Festival for more than 14 years, his sets in the mythic Fractal Forest have become an integral part of many peoples' yearly pilgrimage to the bass paradise, as Stickybuds rains down a relentless barrage of funk, reggae, jungle, drum n' bass, breakbeats and whatever other grooves his diverse taste deems worthy.

A renowned DJ and producer, Stickybuds creates community wherever he goes – reflected in the inviting, warm environment he creates on a dancefloor and in his countless musical collaborations with an incredible array of other DJs, producers, MCs and live musicians. His 2017 track “Clap Ya Hands Now!” created with New Zealand funk-dealer K+Lab, smashed down the barrier between the west coast underground and the mainstream after it was featured in promotions for a trailer of the blockbuster film Spiderman: Homecoming. Fuelled by a relentless drive and passion for art, Stickybuds has been hard at work on his debut full-length album, Take A Stand. Released July 20 on Westwood Recordings, Take A Stand is Stickybuds at his funky best, determined to get people dancing while keeping conscious of the world around. It's a delicate balance that only the most skilled of artists ever master and few in the world of electronic music have managed to consistently keep. A palpable passion for keeping an eye tuned to social ills while maintaining a dedication to deep, heavy funk, makes Stickybuds one of those rare artists.

His immense and diverse talents have led to Stickybuds being invited to rock dancefloors across North America, Europe and beyond, including stops at some of the worlds biggest festivals like Glastonbury, Burning Man, Breakfest, Envision, Boomtown, Rainbow Serpent and more. It doesn't matter if you're rocking out with your headphones on a bus, dancing in your living room or surrounded by hundreds of other groove-seekers, Stickybuds is guaranteed to get you rocking and funking.

Krafty Kuts, real name Martin Reeves, is the multi-award winning DJ/producer and the undisputed King of breaks. Acclaimed in the UK, adored in Australia, admired in North America, Krafty is a living legend of electronic music. His multi-genre sets, dexterity on the decks and dedication to dancefloor hedonism have earned him hierarchy status in every genre of electronic music.

2013 sees Krafty set to release the latest single ‘Feel Like Jumpin’ from his aptly titled new album “Lets Ride’’ - which is a veritable journey into the eclectic and energetic world of Krafty Kuts. Spanning genre to generation ‘’Lets Ride’’ features everything from Funk, Soul, HipHop, Jazz, Electro, Dubstep to Drum and Bass.

Krafty is still making waves in the dance music scene after more than a decade with his new label ‘Instant Vibes,’ which gives him full creative control over the music. With Krafty in the driving seat, he continues his love affair with breaks by bringing through new talent from the likes of Marten Hoerger, Calvertron, Jay Robinson. He has also reunited with long time collaboration partner A Skillz for 10 years of Trickatechnology. They are working on a new remix and new video, and their ‘50 years of James Bond’ mega-mix was supported by Annie Mac and Radio 1.


From humble beginnings, Krafty Kuts is now one of the big players on the world’s club scene. An enviable career which boasts accolades ranging from eight times Breakspoll Winner, Best International DJ and Best Single of the Year by DJ Mag, and DJing alongside The Prodigy, Fatboy Slim and even the Rolling Stones.

Brighton based Krafty Kuts developed his passion for DJ'ing in the late 1980's after winning a DJ competition at aged 12. Martin then opened his own record shop, through which he identified a sound for his DJ style, a hip hop funk infusion of up-tempo beats.
His dedication to pushing the boundaries of turntablism propelled Krafty Kuts to the forefront of electronic music and has kept him centre stage for over a decade.

Those who know the Brighton based DJ will agree that his popularity is due to his passion for what he does and constantly pushing the boundaries of turntablism coupled with an unfaltering ability to deliver the finest, most eclectic and endlessly inspiring beats time after time to his fans.

In 2013 Krafty Kuts is proving that Breaks has risen from the ashes, and is here to stay as his hugely popular club night ‘An Evening with Krafty Kuts’ is set to take over venues across the UK, from Brighton to Liverpool. Krafty’s calendar is also filling up rapidly as he is already booked to play at every major global festival. 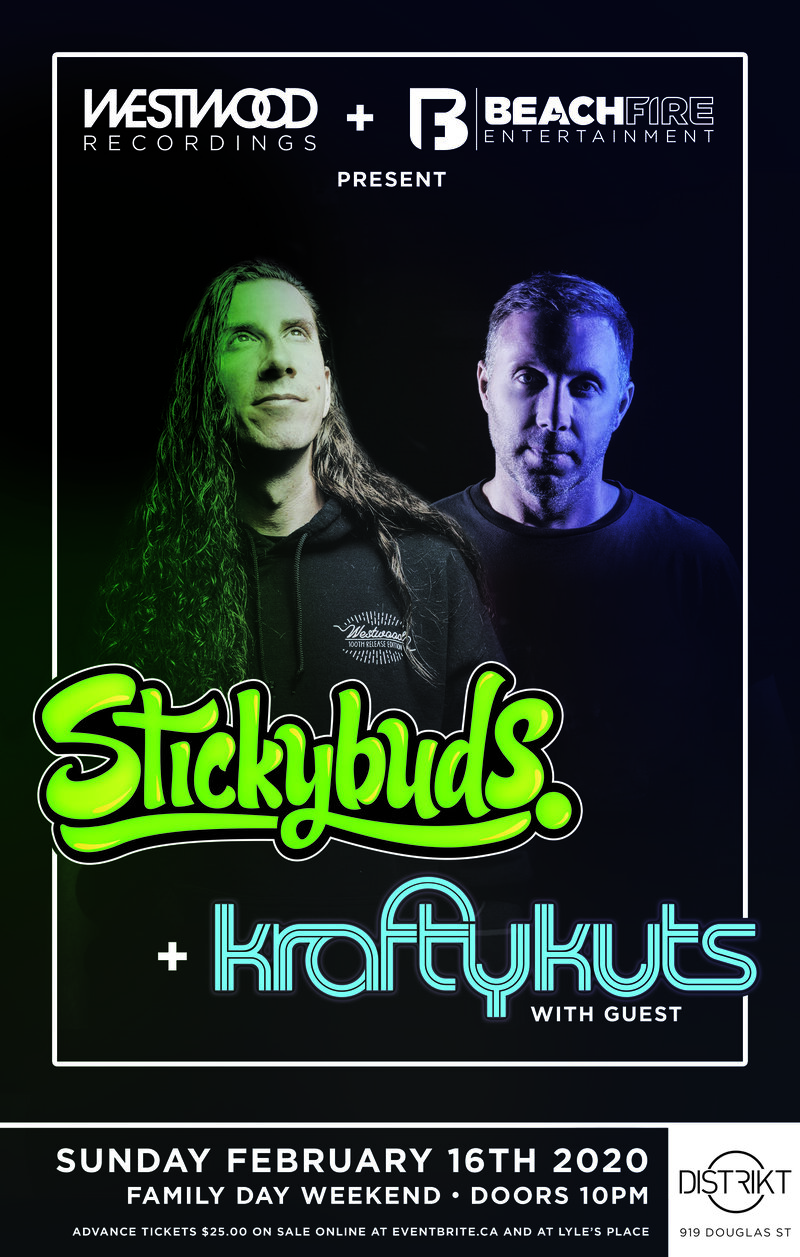