The award winning Bombargo brings a vibrant splash of soul to their funky indie vibes with layers of rock, disco, and R&B infused throughout; they’ve created a sound that truly moves and grooves, inspiring the world to feel their music. Opening for legendary acts like John Butler Trio, Michael Franti & Spearhead, and Joel Plaskett, the band has been rapidly making a name for themselves with their unrivaled live show, catchy-groovin’ hooks, and good time guarantee.

Bombargo received massive acclaim when pop icon Taylor Swift added their 2018 single ‘Mr. No Good’ to her first and only Spotify playlist entitled ’Songs Taylor Loves’. The playlist features artist including Ed Sheeran, Camilla Cabello, and Kendrick Lamar. Being a part of this star-studded playlist saw Bombargo featured on CBC’s the Q, NME, Exclaim, Fashion, Noise, People, and Billboard. The aftershocks of this exposure has been monumental and have set the stage for Bombargo to become a household name globally.

Following up on the success of ‘Mr. No Good’, the band dropped their new disco single ‘All the Same’ in June of 2018 reaching #1 on Spotify’s Indie Allstar playlist. Their latest single ‘Oxygen’ released in August 2018 has landed itself on several new music, indie and pop playlists and it’s music video features Instagram/Youtube celebrity @Dreaming_Outloud. Bombargo has over 1 million streams on Spotify, half a million views on Youtube, and was just nominated as the Saskatchewan Music Awards “2018 Pop/Rock Artist of the Year”.

The group was originally formed by Nathan Thoen and Spenncer Chilliak after the two met and spontaneously decided to drive 16 hours to attend Sasquatch Music Festival. The duo found songwriting together effortless and wrote their debut single “Let it Grow” (Back on Main, 2015) during their very first writing session. Bombargo’s debut EP “Back on Main” would go on to be included in “The Top 10 Best Saskatchewan Albums of 2015” by SaskMusic, further inspiring them to continue writing, touring, and releasing multiple singles and CD’s. The group has since evolved into a larger touring band thats bought new possibilities to Nathan and Spenncer’s vision. This revived 7-piece lineup adds keys, saxophone, and massive 4-part harmonies; allowing them to grow their epic live performance and push their creativity in the studio.

Bombargo brings an unrivalled energy to the stage with sing along anthems, magical harmonies, life changing power hums, wild acrobatics, stunts, and heartfelt messages that combined make for one of the best live shows on planet earth. With frontman Nathan Thoen's passionate conviction and contagious ‘Jagger like’ dance moves, even billionaire and music industry icon Richard Branson was impressed “I haven’t seen this type of energy since The Rolling Stones” … and he would know, having personally signed The Rolling Stones to Virgin Records.

Bombargo has always remained a conscious band with a focus gibing back and making the world a better place. 100% of sales for their EP ‘Back on Main’ were donated directly to victims of Saskatchewan Forest Fires in 2015. Their song ‘Heroes Never Die’ was written as a tribute to Michelle Curtis who tragically passed away after rescuing over 8 drowning children in Nova Scotia (Full Story on CBC). And in 2018 Bombargo wrote and released the single “Share the Light” in tribute to those lost in the Humboldt Broncos accident, and donating 100% of sales to the families affected.

In short, Bombargo provides the perfect balance of conscious good times and wild energy recharging fun; reminding everyone how magical this life truly is and how each of us have the power to come together and use our magic to make this world a better place. 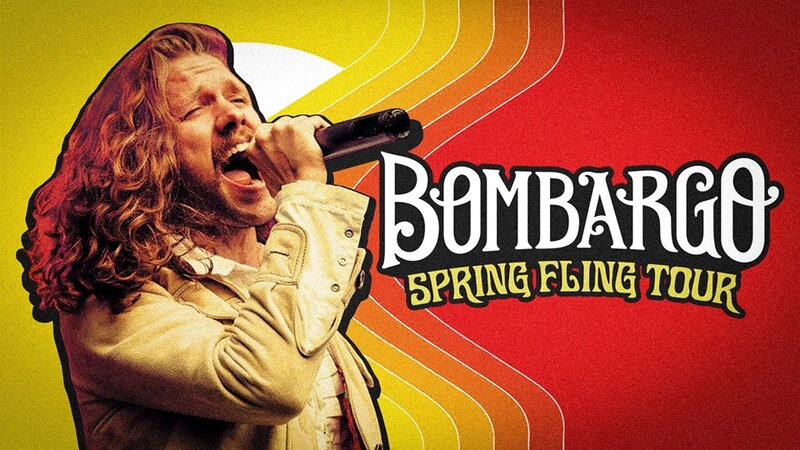