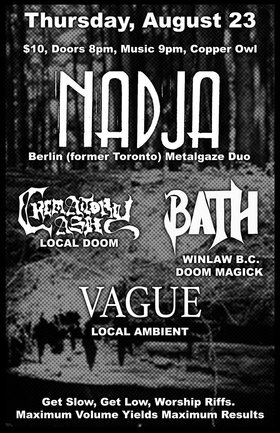 Copper Owl is located on unceded Coast Salish territories and is a 19+ venue. It also only has staircases for entrance to the space.