Vinyl Envy is very proud to present another All Ages show featuring:

Chris Ho (Vancouver, BC)
http://www.chrishomusic.me/
Chris Ho first began performing in Victoria BC, where he attended the University of Victoria and completed his BA. While cooped up in a dorm, he honed his craft, recording scores of demos that he handed out to hundreds of people both at shows and on campus. Since then he has recorded one EP and two full-length albums - one of which earned him the award for Island Songwriter of the Year in the 2013 Vancouver Island Music Awards

Ho's latest release, 'Places You've Been', has been described as an album 'imbued with an indomitable essence of heartfelt authenticity' (The Other Press)

with
Cosy Father (Victoria, BC)
https://cosyfather.bandcamp.com
Cosy Father is a reclusive hillbilly with the voice of a young woman who writes, sings, records and weaves dreams in a small room in Victoria, BC. We've hosted them before in the shop and their live set is truly something special!

Acoustic/Folk/Indie from Victoria BC
Unknown

psych-folk from Victoria BC
Available for Shows/Gigs 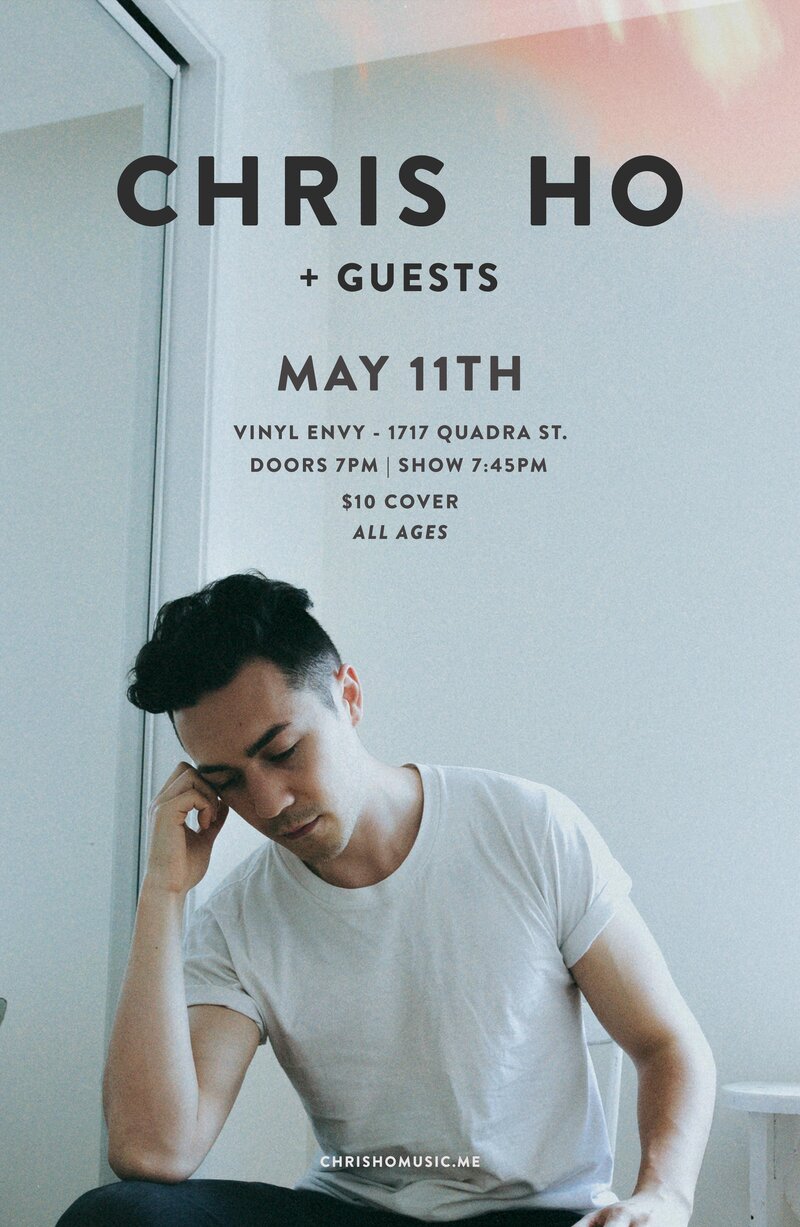