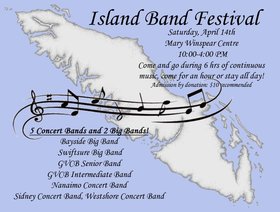 Music: Classical, Folk / Celtic / Latin / World, Jazz / Blues
The Greater Victoria Concert Band is hosting an Island Band Festival in the Bodine Hall of the Mary Winspear Centre on April 14th. There will be 6 hours of continuous music from 5 Island Concert Bands and 2 Big Bands on 2 stages.
Admission is by donation, $10 recommended.

The GVCB has over 100 musicians, all working together to enjoy playing. We have musicians in our band from all walks of life - students, music teachers, engineers, lawyers, accountants, etc. We play in 10-12 concerts a year throughout the Capital Region and beyond. The band offers you a chance to play with other musicians in any of our four skil... more info
Videos: 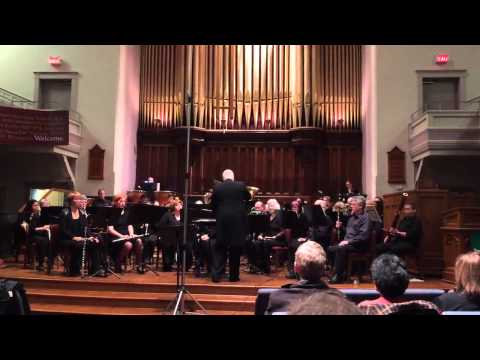 Parade of the Tall Ships, by Jay A. Chattaway

The Sidney Concert Band is a 40-member community concert band where musicians of all ages gather to enjoy playing music while endeavouring to better the musical capabilities of the members. more info