CD Release Concert - RIDE Excited to have Attila home for the holidays!! C...

Excited to have Attila home for the holidays!!

Come and hear great music from Attila's new album, RIDE, as it is officially launched in Victoria at Hermann's Jazz Club.
This mixture of world music and jazz is filled with exciting rhythms, lyrical melodies and is sure to take you on a musical ride.

The album has been receiving regular airplay on Toronto's Jazz-FM and CBC radio, as well as several U.S. and international radio stations. It has also had positive feedback from distinguished musicians and radio personalities:

“I think it's a masterpiece on every level. Your compositions are great, the playing (by everyone) is sensational and the sound is beautiful. Your own playing always knocks me out.”
-Don Thompson - Canadian Jazz Legend (recorded with Jim Hall, George Shearing, Paul Desmond)

“Attila’s new recording Ride is an explosion of incredible playing married to great compositions.The influences are many, but the sound is uniquely his own. His music has been sounding great on JAZZFM91”
-Brad Barker - Musical Director/On-Air Host, Jazz-FM91, Toronto


For this special performance Attila has invited outstanding Toronto drummer Richard Brisco - and the great Victoria bassist, Sean Drabitt will round out the trio.
.......

Attila is a multi-faceted composer, arranger, producer and performer who resides in Toronto, Canada and calls Victoria his second home. The Hungarian-born pianist has established himself as a jazz/world music artist both locally and internationally, who loves bringing ethnic musical influences into his work. He combines elements such as Brazilian lilt and rhythm, Indian phrasing, Hungarian harmony, Cuban/Latin intensity and excitement, and synthesizes it all into one distinct musical flavour with his jazz background serving as the glue that binds it all together.

As a performer, he has toured world-wide with oscar-winner A.R. Rahman playing at venues such as Wembley Stadium and Sydney Superdome, played centre stage at the 61st primetime Emmy Awards Governor's Ball in Los Angeles with his own Quartet, and played with Indian musical masters Zakir Hussain and Hariharan at Madison Square Garden Theater in New York.

Jazz, Blues,Latin, World Music from Victoria BC
Available for Shows/Gigs 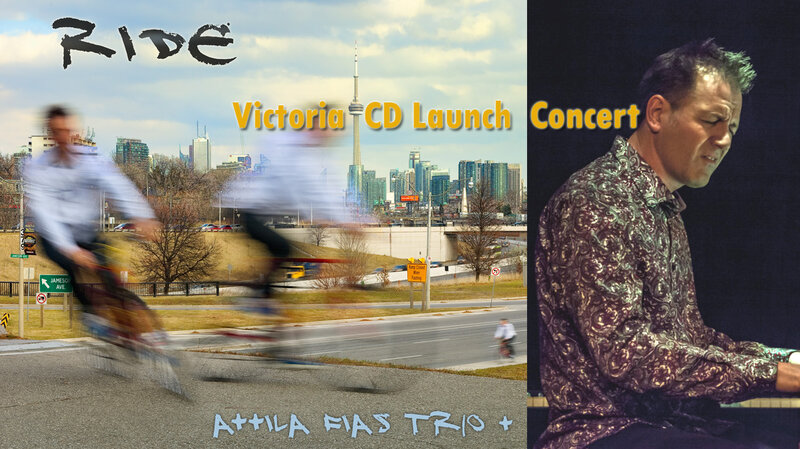