Friday September 30th, GCG continues with an all BC night of Funk and Afrobeat. ...

Highly combustible funkin' jazz! from Victoria BC
Available for Shows/Gigs

Friday September 30th, GCG continues with an all BC night of Funk and Afrobeat. Camaro 67 headlines the evening, with support from Victoria’s Vancouver Island Dynamite and
Electric Sex Panther. Hristo takes it home with a great mix of Afro grooves on the wheels of steel to keep everyone on the dancefloor following Camaro 67's blazing set.

As Miami Device, members of Camaro 67 have played jazz, folk and indie music festivals throughout BC, having opened for international dance/urban artists including K-Os, Chali 2na (Jurassic 5), Chin Chin and Passion Pit, plus local cohorts in the Vancouver groove scene (Star Captains, Five Alarm Funk, David Ward). Camaro 67 released their debut album, Burn Rubber Not Your Soul, in April, and performed at the Vancouver International Jazzfest in June in addition to a tour of the Kootenays (August 2016).

Vancouver Island Dynamite: KABOOM...just like that it exploded.... from virtually out of nowhere... it's debris spreading funky shrapnel all across Vancouver Island. Hell yeah.. it's VANCOUVER ISLAND DYNAMITE! Saxophonist Eric Hughes lit the fuse to this groove depot and it's thundering in some blazing instrumental funk that combusts into smouldering soul and smoking jazz. So you best run for cover because VANCOUVER ISLAND DYNAMITE is going to blow it all to kingdom come!

HRISTO: Hristo is a Victoria based music selector. Following in the footsteps of his father the hunt for the “sweet groove” has led him to discover many interesting and rare records across many genres and develop his love for a broad range of music from around the world. Hristo’s current track selection is a journey through rare and timeless funky grooves from Africa, Europe and the Americas.

Drawing inspiration from his life story in 2010 Hristo started the experimental project Honey Disco that quickly took over the hearts of many music lovers around the world.

Electric Sex Panther (ESP) is one of Victoria’s hottestand most popular new acts, featuring a crew of talented young singers, emcees and musicians. Their weekly Thursday residency at Canoe Brewpub has garnered a legion of loyal fans dedicated to their energetic mix of soul, funk and hip-hop. ESP’s Garden City Grooves performance will be their debut of all new original songs. 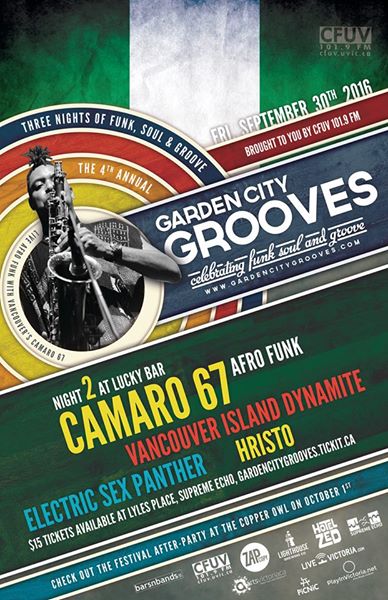 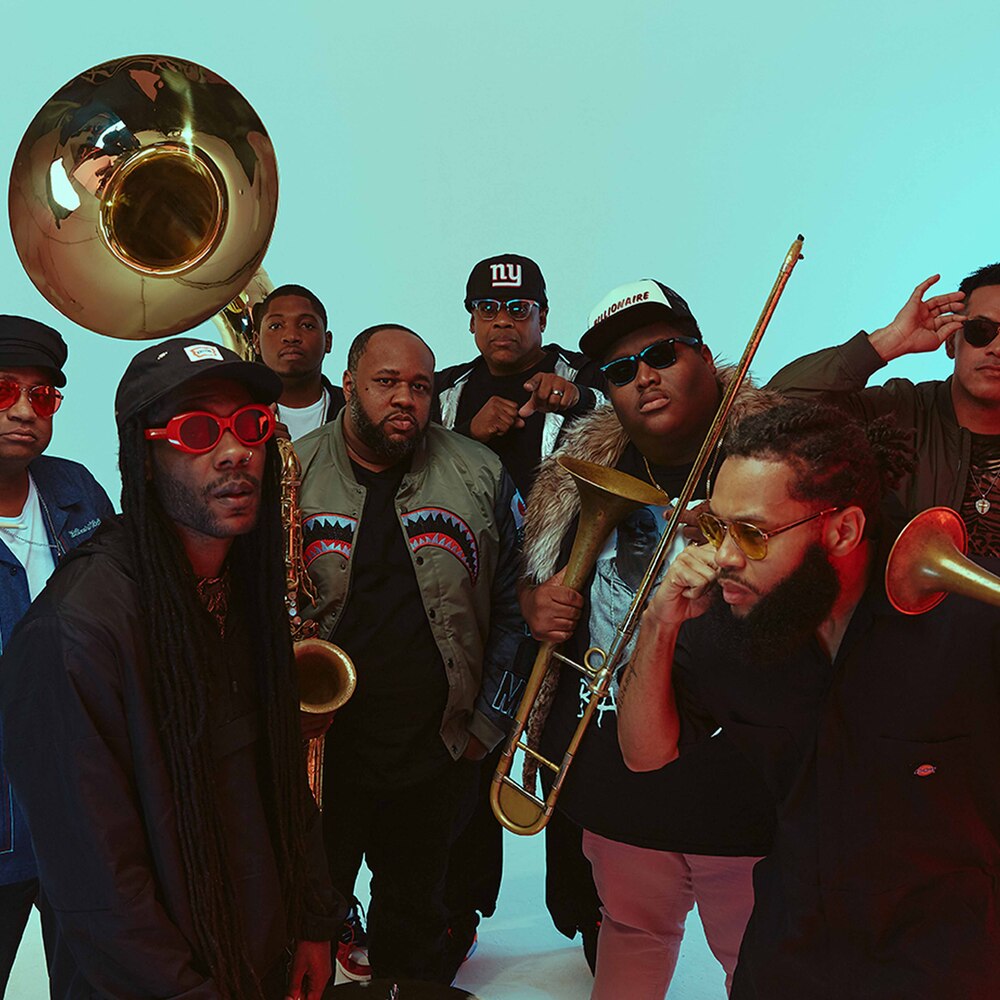