Joyful, intoxicating, elevating - it’s Coastline, one of Victoria’s most exc...

Joyful, intoxicating, elevating - it’s Coastline, one of Victoria’s most exciting youth fiddle ensembles! Toe-tap your way into Summer with the sweet sounds of blazing hot fiddle music! This talented high energy group of 13 to 21 year olds will showcase some of the most diverse and entertaining Canadian and international fiddle tunes you’ve ever had the pleasure of hearing.

Coastline, features a group of 17 exceptionally talented young musicians coached and mentored by one of Canada's most outstanding fiddlers, Victoria's own Ivonne Hernandez. Individually, the members of Coastline have won many awards and competitions, and as a group, their talents blend to form a strong, united sound that is a force to be reckoned with. After being together for only a few months, they won the Large Fiddle Ensemble award at the Greater Victoria Performing Arts Festival. They have since gone on to perform at many different festivals and venues, including the Aberdeen International Youth Festival, Victoria International Highland Games & Celtic Festival, and Victoria's Tartan Day. Coastline was the featured performer at the Victoria Folk Club, Sidney Celtic Vespers and with the Gettin Higher Choir at 2 sold out performances. Coastline has also opened for such notable acts as the award winning band The Fretless, Scottish fiddle/cello phenom duo Alasdair Fraser and Natalie Haas, Quebec Trio De Temps Antan, and American celtic fiddler Katie McNally Trio, among others.

Coastline has had a busy couple of years. They released their debut self titled album to rave reviews including two nominations at the Canadian Folk Music Awards, and represented Canada at the Aberdeen International Youth Festival in Scotland in July 2015. This year is bound to be an exciting and busy one for this team of young musicians, as they head into the studio again to record their 2nd album and plan their next big tour!

Get ready to be dazzled by this magnetic group of young performers. Please join Coastline and special guests for an unforgettable evening of music magic! http://www.coastlinefiddle.com

Folk FIddle, Vocals, & Classical Violin and Viola from Victoria BC
Available for Shows/Gigs 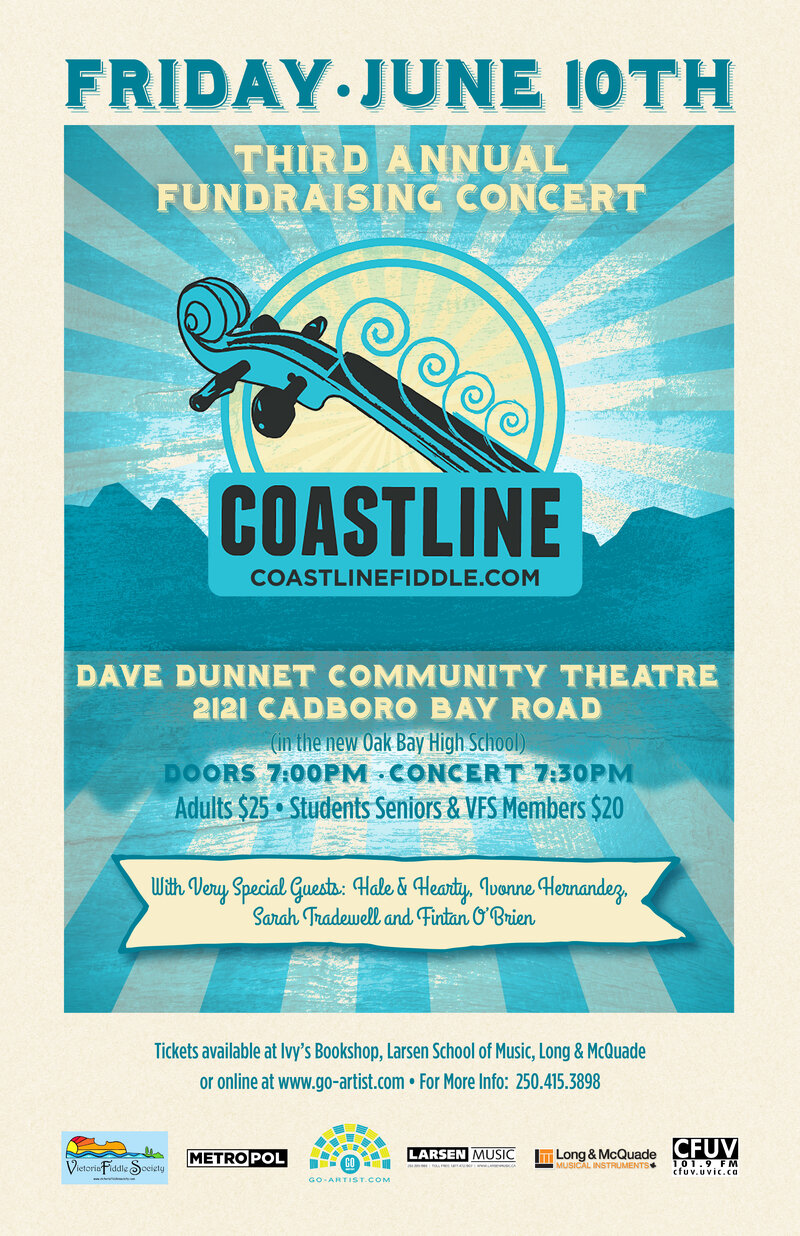