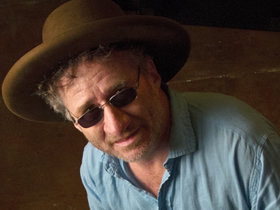 In the hallowed ranks of New Orleans “piano professors,” Jon Cleary is on the tenure track. Born in England, then having emigrated to New Orleans, Jon Cleary combines soulful vocals and masterful piano skills with a knack for composing infectious, hook-laden melodies atop Crescent City grooves. Cleary regularly performs as a guest star with artists ranging from Bonnie Raitt to John Scofield to Taj Mahal. His solo performance last year as the opener for Dr. John was a knockout, and we’re thrilled he’s back. Jon first appeared in Victoria at JazzFest in 1991.

"Jon Cleary is the ninth wonder in the world." -Bonnie Raitt New Orleans’ Jon Cleary is a triple threat - with a salty-sweet voice, masterful piano skills, and a knack for stacking infectious grooves with melodic hooks and sharp lyrics. Cleary is a man you can judge by the company that he keeps. When he isn’t putting on marathon late-night sh... more info
Submit info on this show to our admins