The TD Vancouver International Jazz Festival is the largest music festival in British Columbia, winner of the Georgia Straight's Straight Choices Award for Best Festival (5 years running), and heralded as one of the leading jazz festivals in the world. Known for its innovative and adventurous programming, stellar production values, community involvement, solid fiscal management, and extraordinary volunteers (1,000+), the festival brings audiences face to face with the most exciting and creative music the world has to offer. By taking music to parks, community centres, concert halls, clubs, public plazas, and neighborhoods and streets, the Jazz Festival animates the city with over 400 concerts (including 149 free concerts) and sparks the imagination of more than 510,000 people each year! Today the TD Vancouver International Jazz Festival is one of the most acclaimed, innovative, joyous, and adventurous music celebrations in the world. 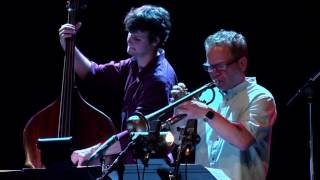