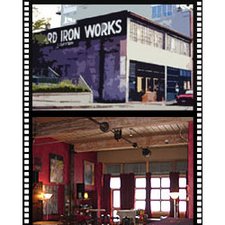 The Ironworks is a vibrant multi-purpose facility providing a range of services to the artistic and cultural community of Vancouver. Our heritage studios are used as a film, television and photography location, and our gallery studio is a unique performance and events venue.

Located east of Gastown at 235 Alexander Street, the historic building is near Vancouver's original intersection.

This prime urban location features large, open spaces, fir beams and columns, wood-plank floors and 16-foot ceilings. Original remains of old ironworks left behind in the warehouse are a nostalgic reminder of the build quality and character of the 1880's.

Our studios and event spaces are suitable for groups large and small, and may be booked for film, video and TV productions, music and theatrical performances, photography, casting, rehearsals, arts classes and more.

At The Ironworks, we also offer set decoration, props design and construction services.