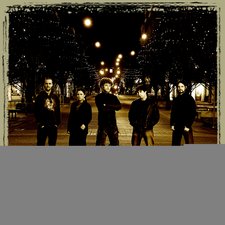 Funk'd up Hip-Rock with a twist of Soul from Victoria BC
http://www.myspace.com/kemalevans
Unknown - Confirmed: Mar. 24, 2009 (Awaiting Update)

An emerging maestro of contemporary urban music, singer-songwriter and multi-instrumentalist Kemal Evans combines elements of soul, funk, jazz and hip hop into a unique blend that resonates with audiences and has also caught the ears of his fellow musicians. (His brand new CD, No Pressure System, features a who’s who of guest artists and collaborators from the Philosopher Kings, Jamiroquai, and the Norah Jones Band.)

Kemal has been involved with music literally all his life: his parents were professional musicians, which meant that Kemal got to “tour” with Gino Vanelli as an infant in 1980. Although his parents eventually separated, Kemal was strongly influenced by his African father, one of the best percussionists and hand drummers in Canada. Growing up on Saltspring Island, Kemal learned to play guitar, piano, bass and drums. Later, he got varied professional experience playing as part of a hip hop crew for eight years, in between stints as a drummer in both a funk and a heavy metal band.

Eventually, though, becoming a singer-songwriter was what mattered; and so, guitar in hand, Kemal wrote songs from the heart, while incorporating and blending a wide array of styles. Influenced by everyone from Marvin Gaye to the Red Hot Chili Peppers, Kemal has become a master of funky beats and ear-catching melodies: his band’s seductive, electro-acoustic sound grabs the audience and lures them out onto the dance floor for a sweaty, ass-shaking good time. But beneath the bright, highly rhythmic surface of the music there is a soulful thoughtfulness – a bedrock of songwriting craft and emotional insight – that stays with listeners long after the notes drift away. Kemal’s strongest impulse is to share his music, and he loves being able to reach and move an audience. A true creator, Kemal has committed himself to a life where making music is what’s truly important.

Some of the Kemal Evans Touring Band Consists of:
Kemal Evans: vocals, guitar, programming
Nigel Bazinet: bass
Rachel Noé: accompanying vocals
and some talented new additions TBA
No audio samples have been linked to this profile.