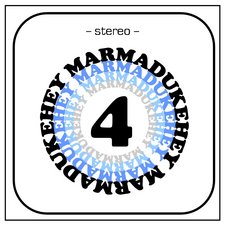 Mark Lavoie
HeyMarmaduke@gmail.com
813-1722
Contact Info
Past Shows (35)
Hey Marmaduke are a Vancouver Island based four piece band. Though not directly influenced by any single band the 'feel' of John Mayall, Birtha, Brian Auger, Julie Driscoll and the Trinity, Billy Hawks, Janis Joplin, Candi Staton, Dr John, and Cream (to name but a few) can all be heard within the collective sound.

Amber's powerful and evocative vocals define the signature sound of Hey Marmaduke and work superbly with the heavy bluesy soul rhythms which drive and build below. The essence is on feel and great music in the classic tradition of the Fillmore days.

The band consist of three Brits: Amber Roake (Vocals); Paul Laverick (Guitar); Benji Coey (Drums) and Mark Lavoie (Bass) who is ‘Victorian’ born and bred. Paul, Benji and Amber have played together throughout the UK and Europe over the last 8 years. Paul has since lived in Victoria for the past 2 years, which is also now home to Benji and Amber.

After 6 months working solidly on the new project, Hey Marmaduke completed recording their debut 5 track EP and played a packed showcase event in Victoria. Recorded by Adam Kittridge (Jets Overhead) and Hey Marmaduke, the EP captures the soul and energy of the band. We recorded live at The Bunker studio on a late, wet November evening… and we all had a great time!

“Two of the outstanding tracks of the year. Hey Marmaduke are a band to watch out for.”
Independent Music Review, UK, Dec 05 (review of tracks Let It Go and Helicopters)

“I set the MP3 to random - and didn’t bat an eyelid as Hey Marmaduke provided the filling to a Cream and Janice Joplin sandwich! And that can’t be bad!”
Mr Greens Onion Club, UK, Dec 05 (www.mrgreensonionclub.co.uk)

“Aaaaahh yeahhh!”
Jets Overhead, Nov 05 (www.jetsoverhead.com)
No audio samples have been linked to this profile.

Status: Unknown
Expanding and growing into a groove monster - Last confirmed Apr. 4, 2006
Submit info on this band to our admins