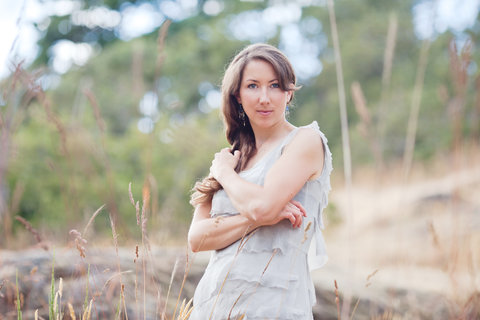 Georgina Nicoll is a Canadian singer-songwriter with a musical style that blends the emotions of pop music with the acoustic sounds of folk music. Originally from the Comox Valley, she is now based in Victoria, British Columbia. Piano and voice are her principal instruments, but on her debut album, “A Little Courage”, she also plays guitar, recorder, and accordion. Guest performers on cello, violin, drums and bass also feature on her album. Georgina’s carefully crafted arrangements create a rounded, fulfilling sound, yet still direct the listener’s ear to the lyrics and vocal harmonies.

Writing, composing and arranging songs is Georgina’s natural form of artistic and personal expression. She is inspired by the stories and lives of the people around her, as well as her own experiences with love and loss. Though some of her songs are quite personal, her thoughtful lyrics evoke very human situations that anyone can relate to.