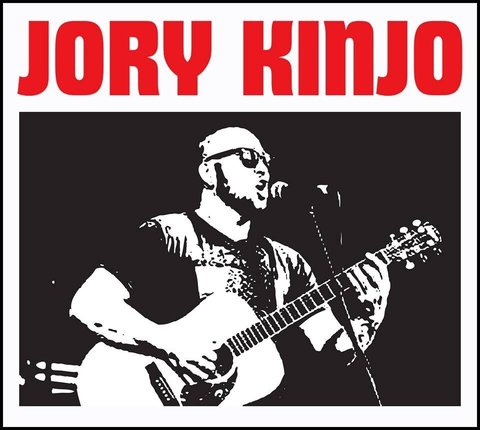 Closely tied to Soul, Ska, Reggae, Funk & R&B, Jory Kinjo embraces all these genres with a deep sincerity. Kinjo brings a unique musical history to his music and the experience to match. Current projects include Mocking Shadows (Soul/R&B), Jk & the Relays (ska/reggae), Goodfoot (Funk) and family project, the Kinjo Bros.

Jory joined Mocking Shadows in 1999 and is still fronting the soul band with which he warmed the stage for 3 tours with the legendary B.B. King. Calgary’s Mocking Shadows also performed with such other artists as the Tragically Hip, ZZ Top and Buddy Guy.

In 2012, Jory and younger brother Kaley went to Okinawa for their 3rd tour of southern Japan. The bros. were featured at the Naha Matsuri festival, broadcast live on Ryukyu Broadcasting Corp. TV and radio.

Kinjo ignited a love for Ska music on a European tour in 2007. Playing bass for Montreal band, the Planet Smashers and opening for punk legends Bad Religion at the Groezrock Festival (Belgium), sparked Ska/Reggae project; Jk & the Relays. Since then the band has rocked the 2012 Montreal Ska Festival, Calgary Reggae Festival and the 2013 Victoria Ska Festival. Jk & the Relays have performed with genre kings such as the Slackers, the Aggrolites, Fishbone and the English Beat.

Jory Kinjo supports a solo effort between bands either as a songwriter or bassist collaborating with performing with various musicians. 2013 performance dates included a wide array of artists from Long Beach’s Sublime w/Rome to South African jazz legend Hugh Masekela.
No audio samples have been linked to this profile.
No member roster has been entered (to link to musician profiles.)
Status: Available for Shows/Gigs
- Last confirmed Nov. 1, 2019
Submit info on this band to our admins