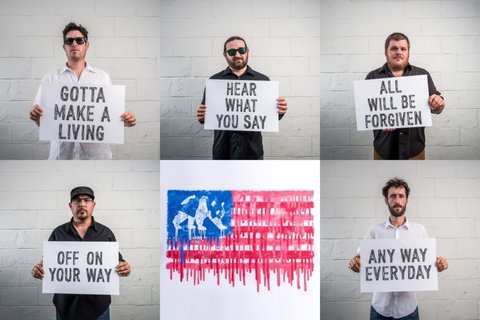 Event Photo Galleries (1)
Stomping out of Rochester, New York, GIANT PANDA GUERILLA DUB SQUAD has been keep the classic roots and dub reggae sounds alive and well for over 13 years. A mainstay on reggae festivals and circuits around the United States, GPGDS built their reputation on their tight, engaging live show, shifting through influences and styles like nobody's business. Their uniquely improvisational dub reggae makes each and every show a completely unique experience, never the same twice. Veterans of world famous Easy Star Records, 2016 saw them go completely independent, releasing their phenomenal album “Make It Better” via Rootfire Cooperative, a label program that helps fund artists while allowing them to retain 100% control of their music. The album debuted at #1 on both the Billboard and iTunes reggae charts, further cementing their status as one of country's most consistently thrilling reggae acts.
No audio samples have been linked to this profile.
No member roster has been entered (to link to musician profiles.)
Status: Available for Shows/Gigs
- Last confirmed Mar. 27, 2018
Submit info on this band to our admins