Ryan Stringer
signalstaticband@gmail.com
Contact Info
Past Shows (7)
Signal Static was formed in 2015 by Ryan Stringer, Gino Klein, and Randy Camponi, as an excuse to jam and create music, proceeding to write many of the songs on their debut album. After adding Connor Smith as the band's lead singer and front man in 2016, Signal Static became a fully functional rock band set on energizing the music scene and providing a platform for creative expression.

​Signal Static's sound is a confluence of a diverse array of styles and influences, starting with a foundation of hard rock, alternative, progressive, punk, and metal along with elements of industrial, and New-Wave.

​The songs on Signal Static's debut album, "Start Transmission", express equal parts personal introspection and social commentary, hunting for the underlying truth that permeates current events, exploring the modern world as seen in the minds of villainous characters, both real and imagined, and delving into the painful experiences that shape each other and themselves. In the end, Signal Static's music emphasizes honesty, openness, and humanity in the face of uncertain circumstances.
​
With the recent departure of Connor Smith, after completing the vocals on "Start Transmission", the band's creative core members continue to write new songs and forge ahead into the next era of Signal Static, whatever that may look like.
No audio samples have been linked to this profile. 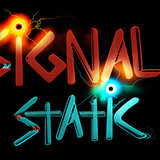 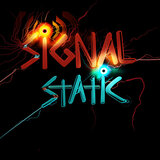 Status: Un-Available: Seeking Musicians
Writing the next album and in need of a front-person / lead vocalist. - Last confirmed Jun. 15, 2021
Submit info on this band to our admins