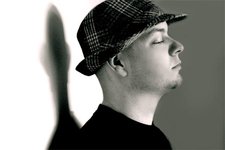 Heralded over time as one of Western Canada’s leading hip hop voices, Justin Brave’s goal of creating conscious, quality music has never wavered. From paying his dues streetwise in countless freestyle battles to collaborations with the likes of the Lifesavas, DJ Vadim, Swollen Members and Moka Only, Justin has proven his ability through and through. His sound serves as the perfect summation of every aspect that makes him such a rarity amongst the excess-laden caricatures that seem to dominate the hip hop world. Justin repeatedly promotes ambition over adversity and a sense of community over self adoration. The music comes across like a cool rain in the middle of a heat wave to leave listeners refreshed and waiting for more.

Justin spent his early years recording numerous songs and underground “tapes” carefully developing his distinctive sound. DJ Murge and Justin worked side by side to create one of Canada’s most explosive teams. Just served his performance apprenticeship at Western Canada’s longest running hip hop club night “Stirfry”; playing along side many other talented artists for over six years. These artists included Nelly Furtado, Kardinal Official, Mix Master Mike, De La Soul and many, many more.

Recently, Justin Brave, DJ Murge, Ishkan, and Ashleigh Eymann formed a group called “The Current” and are working to finish their first release together under that name. Justin's and Ishkan's vocals meld together as if they shared the same blood. And who could deny the North West’s magic beat smith DJ Murge who’s responsible for a large majority of the production and general direction. And of course, the Current would not be complete without Ashleigh Eymann who accentuates the work with keys, guitar and vocals bringing in a feminine aspect which is often left behind in a mainly machismo art form. Watch for the upcoming album entitled “Now and When”.

Whether it is raising awareness of international issues which he deems to be of importance or a commentary on the nightlife’s psychological mazes or his deeply sincere monologues, Justin Brave is sure to touch home with listeners across the globe.
No audio samples have been linked to this profile.
No member roster has been entered (to link to musician profiles.)
Status: Unknown
- Last confirmed Apr. 23, 2010
Submit info on this band to our admins