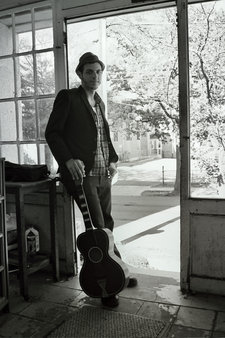 Event Photo Galleries (1)
Coming straight out of the Bronx, musician, songwriter, and producer Vic Ruggiero is one of ska’s most recognizable voices. Perhaps most well known for his role as singer and keyboardist in the Slackers, Ruggiero has also composed, performed, and recorded with the Stubborn All-Stars, SKAndalous All-Stars, Rancid, The Transplants, Dave Hillyard & The Rocksteady 7, Chris Murray, and King Django, in addition to a number of solo recordings.

View all tracks for this artist (2)
No member roster has been entered (to link to musician profiles.)
Status: Unknown
- Last confirmed Apr. 28, 2009
Submit info on this band to our admins