The Anza Club Vancouver BC

Vic Ruggiero Live at The ANZA "Vic" Ruggiero, is a musician, songwriter and pro...

The Anza Club (No Minors)

Vic Ruggiero Live at The ANZA
"Vic" Ruggiero, is a musician, songwriter and producer from New York City who has played in reggae, blues, ska and rocksteady bands since the early 1990s, including The Slackers, Stubborn All-Stars, SKAndalous All Stars, Crazy Baldhead and The Silencers. He has also performed with punk rock band Rancid, both live and in the studio. He has released four solo acoustic albums and continues to tour and record worldwide. Ruggiero is known primarily as a singer and organist, although he also plays piano, bass, banjo, cigar box guitar, guitar, harmonica and percussion.
https://www.last.fm/music/Vic+Ruggiero/_/Parking+lot

Jesse LeBourdais has played hundreds of shows across thousands of kilometres Songs steeped in the folk traditions of storytelling and fuelled by the raw emotion of punk rock lead to shouted heart-felt lyrics of life, and boot-stomping melodies that you hold in your bones.
https://www.jesselebourdais.com

opening will be Vancouver based Bobbi-Jo Moore of The Elixxxirs.
https://www.facebook.com/bobbijomusic/

a clip from Vic's solo show last time he was in Vancouver https://www.youtube.com/watch?v=rVL167NIVcg

Folk/Punk/Rock and Roll from Vancouver BC
Unknown

The Anza club has a concert hall that can be rente...
Open / Operational 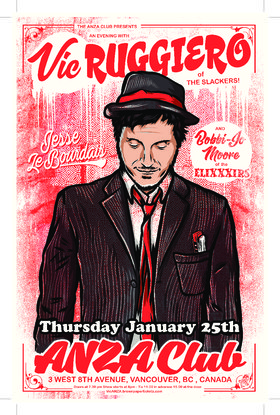 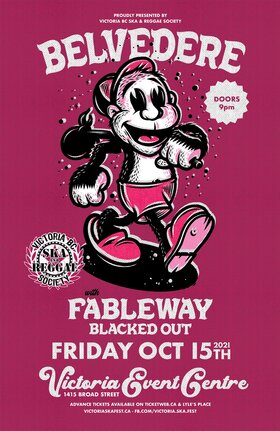