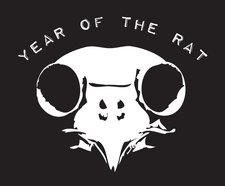 Year of the Rat

Ryan
saintday@shaw.ca
Contact Info
Past Shows (44)
Event Photo Galleries (1)
2012’s No Order EP marks Year of the Rat’s second official release, and things couldn’t be trending any better for the four Victoria, BC misfits. Recorded in Sidney and mixed in Ladysmith—two small ports of call on the East Coast of Vancouver Island—the band has taken a large step towards realizing its ideal sound.

“This record is a real announcement of the direction we want to go in,” says Sam Coll, the band’s lead singer. “I don’t think we’re all the way there by any means, we still have a lot of growth to achieve, but in terms of the types of songs we will continue to write, No Order is a representative album.”

Formed in 2009, Year of the Rat’s story is one of perseverance and innovation. The band came together as so many bands do, with the dissolution of their previous group (Device Box) forcing band mates Ryan Stringer (bass) and Mike Sanderson (guitar) to look for a new project. After hooking up with Coll on craigslist, the group began to write songs that drew from the variety of their influences: heavy metal, new wave, electronica, hard rock and blues.

Numerous live shows solidified a blistering set that the group took to the studio in the spring of 2010, resulting in The Code, a fast-paced, aggressive EP of the group’s best songs to that point. While the four band members—including Clint Plett, who had been playing drums with the band since shortly after their formation—were happy to have a product in hand, they immediately knew that The Code was not telling the whole story of who they were as musicians.

As Stringer remembers, “The Code was an incredible learning experience; we learned that we had something special on our hands, and at the same time how much work was yet to be done to realize it fully.”

Armed with a renewed commitment to pushing their sonic boundaries, the band set to work on writing a host of new material, trying ever harder to incorporate the disparate influences of electro, disco, dance rock and post-punk into their existing sound. Many of the songs on No Order are the results of these songwriting sessions, with their new influences appearing everywhere from the lush electronic soundscape of “Respect Entropy” to the poppy 80’s synthesizers on “Every Night a Vampire.”

“Our wide variety of musical influences are showcased and celebrated in this record, to the point that the changes in atmosphere are so chaotic you’d swear you were listening to some kind of bipolar mix-tape.” Sanderson explains. “Rather than scrapping songs we loved or rehashing them to fit some safe and familiar theme, we embraced the chaos.”

Having filled their recently vacant drummer position with the skilled and experienced Randy Camponi, Year of the Rat looks forward to their most important year yet.

“There’s a real feeling amongst the group now that this is our time; everything we’ve been working for up to this point is starting to really pay off. We’re tight, we’re relaxed, and we’ve hit our stride with regards to the process of writing and developing new material,” says Coll.
No audio samples have been linked to this profile.