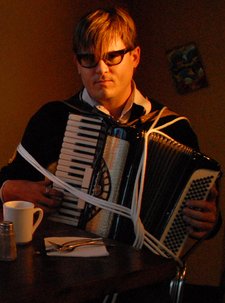 Wynn began touring in the late nineties with jump blues masters The jump Daddies. He played keyboards and percussion in Harry Manx's road band, funky Hammond with Groove Fly, and presently plays Celtic rock with SheNanigan. Wynn's other band is Back Dirt Road, a duo with his talented wife, Katherine Dennison.

A sought-after producer and engineer in the West Coast music scene, Wynn has more than fifty CDs to his credit, as well as a long standing side gig as a producer and mixer for Dog My Cat Records, a West Coast label owned by Harry Manx and Jordy Sharp. He also produces International Guitar Night, one of the world's longest running mobile guitar festivals.