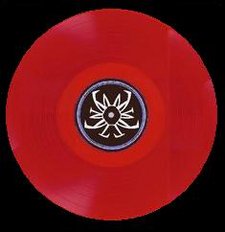 Taylor (or call for Dan)
My_Black_Tanlged_Heart@hotmail.com
686-soup
Contact Info
After getting extremely drunk on a tuesday morning I found my self passed
out on top of a bass guitar. Luckily Ryan (aka Ryse) came along and said he'd play bass,
I got handed a toy Ibanez and learned swiftly the art of shwabuckling.
After many fights over who got too sing back-up vocals ther Taylor
finally learned to play a waltz beat on his pots, while Dan came out of 3 year coma which
apparently was similar to watching the yellow submarine rewound at a high speed
while drinking an iced mocha through the nose. Songs appeared many times but
we kept losing them in the bushes. Finally we chained them to a pillar out in
the garden and Dan's amplifier grew in epic proportions. Now, the time was right.
We are currently finding ourselves playing music at social events near you much
to the delight of the elder children. As our future runs nigh we are available
as soon as you like. Check out some of our songs and pics at www.electricbrains.com .
Book VYNYL for your next social event!
Email Rain at: [email protected]

Our sound is - Grunge Rock, with some punk, reggae, alternative energy
No audio samples have been linked to this profile.

Status: Continuing Under New Name
- Last confirmed Mar. 25, 2010
Submit info on this band to our admins