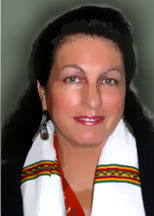 Turiya began studying Jazz at 15 years of age. She was Originally mentored by San Diego Jazz legend Daniel Jackson, Mareya followed his example by becoming proficient on both piano and reeds and focusing on playing her original compositions. She continued her work in New York, studying at the Creative School of Music. Later she toured Mexico with the Taumbu International Ensemble. All of those experiences help mold her unique approach based on World Music influences and drawing on the trance inducing and spirit calling focus of African and Indigenous approaches to music. She honed her abilities in Latin Jazz heading the Kokopelli Latin Jazz Ensemble where she had the privilege to work with drummer Skip Howlet known for his work with Mongo Santamaria and Tito Puente, as well as Cuban Bassist Ignacio Arango. For 6 years the group held a Sunday nightspot at Croce's Jazz Bar in San Diego and performed at Jazz Festivals opening for artists such as Arturo Sandoval, David Murray, Eddie Palmieri, Poncho Sanchez and Jane Bunnet. Since 2003 she has been touring and performing internationally. She has performed at Venues and Festivals in Madrid, Havana, Toronto, Vancouver, Juneau, Anchorage, Vera Cruz, Mexico City, Tijuana