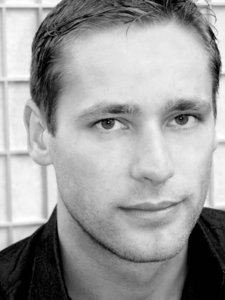 Call it an unavoidable destiny. This creative octopus, who always has one finger in every bowl, finds himself drawn to the canvas of music time and time again. Intense and experimental, Tim Lee O’Brien is always pushing the boundaries of his imagination. Years of artistic exploration have poured themselves into his self-titled debut, and now it seems he can put his hands in his pockets for a moment to breathe in the deep and alluring moods captured in this album.

Often in his own little world and not one to sit inside the sandbox, Tim has been playing the piano from the age of six and since then music has been like an endless friendship.. “Initially I was taking classical lessons but I found them creatively constrictive so switched to a teacher who gave me the freedom to focus on improvisation. It just fit and I had found a real creative outlet to help me relate to the world. I would just sit in front of the piano and express my emotions through my fingers. The more I played, the more there was to say.”

With so many ideas tucked in his sleeves it wasn’t long before Tim started writing and singing his own songs. He attended the Selkirk College Professional Music Program in Nelson BC where he earned diplomas in music composition and sound recording. “At that point performing wasn’t a big thing for me. All I really wanted to be was a composer. I was really intense about it and I got pretty experimental. I think it was my way of rebelling against everything and I don’t think anyone really got what I was trying to do.”

Tired of delivering pizzas and trying to try going farther with his career Tim Lee O’Brien has realized that there is only one path to liberating himself from his me against the world rebellion and that it to actually do it. And do it he has.

In addition to his current release, he has spent the past couple of years performing as pianist/guitarist for Victoria Singer/Songwriter Carmen Hillary’s band with whom he has made television appearances on The New VI and The Daily and performed with Shari Ulrich and Annette Ducharme as well as a showcase at the 2003 Westen Canadian Music Festival. He recently finished recording Carmen’s latest Cd release with Producer John Webster (Tom Cochrane) and established Vancouver musicians known for their work with Jeff Buckley and KD Lang. Tim has also produced three well received CD’s for three Victoria, BC artists:

Nath Keo’s “Sngath Sngath(Keep Quite)”- East Asian fusion in which Tim Co-wrote the songs, composed all of the music and played most of the instruments. From this album the track “Understood” was listed as #5 (#1 in the World Music Category) on the CBC’s Roots Music Canada’s most played for 6 weeks. Other tracks from the album “Khmer Child”,“Why Do You Want To Know” are still #1 and #5 in the East Asia Category six months later. Nath’s music continue to get regular air play on The Village 900.

Carmen Hillary’s “Chameleon” – This aptly named album has been though numerous metamorphoses both in look and sound yet has managed to get some good review and air play. "Everyone's a Critic” just screams radio hit! I just don't understand why the heck she isn't already a nationally recognized singing phenomenon!" (Linton Valdock, Kenora Daily News). Chameleon also helped Carmen and Tim get accepted in to the into The Western Canadian Music Festival.


“ this work is an artist's idea brought to life by a one-man show on instruments and production. Tim O'Brien does an excellent job of complementing Nath's vocal phrasings and melodies and does his job of framing the songs well.” (Steve Allat - http://www.musesmuse.com )