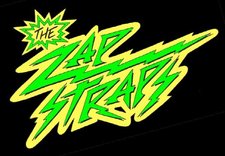 The Zap Straps are a three piece band from Victoria B.C. that formed in 2008. Their first album was released on September 11th 2009. They are in the process of writing their second album.
No audio samples have been linked to this profile.

Status: Unknown
- Last confirmed Jul. 24, 2009
Submit info on this band to our admins