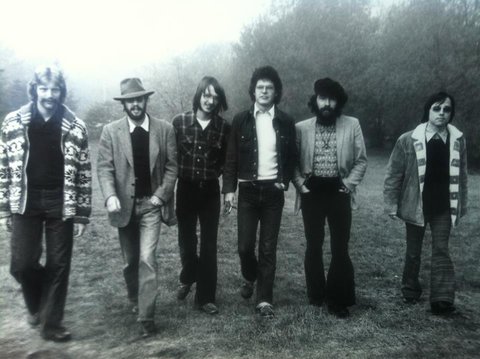 from Victoria BC
On Hiatus - Confirmed: Oct. 3, 2019 (Awaiting Update)
The Composers Group 1975.
(from l to r) Stephen Horning, Cj Butterfield, Owen Underhill, David K. MacIntyre, Bill Sample, Patrick Carpenter. From 1973-75, a composers group formed at the University of Victoria School of Music and we performed fourteen different concerts of our music over the two-year period. The capper was a six-week, all expenses paid tour of Europe (we raised all the dough) including Holland, Belgium, Germany, France, and England doing wondrous things like sitting-in on Ligeti's composition class in Hochschule Hamburg and playing our compositions for him on reel to reel tape, hanging with the guys who collected all the sounds for Stockhausen's great electronic music masterworks, attending the graduating recital of Olivier Messaen's students at the Paris Conservatory and drinking too much beer in every city we hung our hats. It was an extraordinary group of composers, even more when we note that all six of us are still in music. Forty years ago! Way to go, gents! By David K MacIntyre 2015.
No audio samples have been linked to this profile. 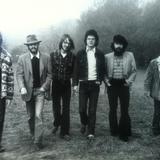 Status: On Hiatus
- Last confirmed Oct. 3, 2019
Submit info on this band to our admins