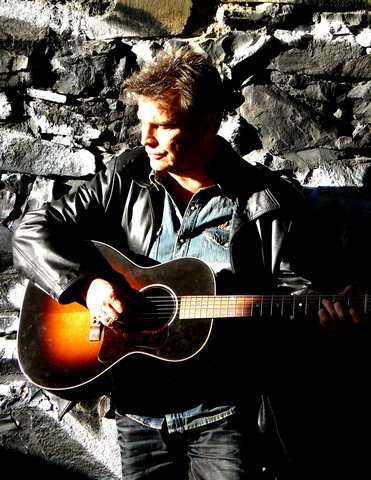 FROM YORKVILLE VILLAGE TO THE PACIFIC COAST...A SONGWRITER'S JOURNEY

From the tradition of Bob Dylan, Gordon Lightfoot, John Prine and Steve Earle comes a troubadour straight out of the heart and soil of this fair, wide land.

The winner of numerous songwriting contests and awards, Terry Brennan has been honing his craft for decades. Throughout his years as a cowboy, a forest ranger, an actor, a mountaineer, a miner and more, he has been writing and singing of the people and places he's known. His songs have a deceptive ease, which leaves us with the sense that they have already been with us for a long time.

Brennan is one of Vancouver Island's most outstanding performers. He is an urban country folk artist, blending the raw honesty of rock and country with the poetics and intelligence of the folk tradition. His extensive repertoire features songs of bitter love; songs of social injustice; songs of leaving and loneliness; songs of returning and joy. He is held in the highest esteem by other songwriters and musicians he’s worked with, some of whom include Brennan's work in their own repertoire.

Terry performs with fresh, off-the-cuff, originality that is ever present, whether he is singing his own material or performing an old favourite.

Terry Brennan is simply an excellent songwriter, who deftly merges country and folk into a west coast hybrid.
Tom Harrison, The Province

Brennan is a great songwriter...a very careful writer; demanding and precise...coming from the troubadour tradition of Texans such as Townes van Zandt, Guy Clark, and Joe Ely.
Tom Harrison, The Province

His voice is strong, confident...Brennan sounds just a little like a cross between Willie Nelson and Bob Dylan; Roads) is a very good album with some great tracks crying out for more people to listen.
Nicky Rossiter, Rambles.NET

I number among my favourite singers such figures as Phil Ochs, Buffy St. Marie, Joni Mitchell, Dolly Parton and a very few others, because I think they're good -- actually, beyond good. Brennan has pretty much joined that company on the basis of this album. Brennan's voice is a classic country-western instrument. It has an unschooled quality that adds an element of undeniable truth to his songs. I like this one (Storms & Dreams) a lot, simply because it's good -- his material is first-rate, his voice is perfect for the material and the support is superb. There are flashes of brilliance in this album that add another layer of excitement to a good, solid collection of music.
Robert M. Tilendis, Rambles.NET