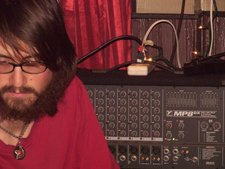 He helped represent Victoria in the Team Slam competition at both the 2005 & 2007 Canadian Festivals of Spoken Word.

In 2006 he toured X-Canada with the Outspoken Wordsmiths to promote the launch of their independent artists' network, the National Microphone Association, and their debut album, "From Our Cold Dead Hands".

In 2009 he traveled through the northeastern United States and across Canada with the Outspoken Wordsmiths & Testament on the Forbidden Texts! Tour to promote the Wordsmith's latest album, "Infinite Potential."