Dave Harris
daveharrisonemanband@gmail.com
250-384-0236
Contact Info
The group Special Delivery went through several personnel changes over it's fairly lengthy career. Started in 1979 by Tom Coles, Mike Jackson and Mike Kraft, the name was soon being used by Mike Kraft, Dave Harris, Jim Sinclair and Rod Thomson (the lineup seen in the photo). Mostly noted as a busking ensemble, the bluegrass group did also play some functions and dances. Fixtures on the lower causeway for most of the 80s (with Jeremy Rogers replacing Rod by 1983), the group was renowned for their humour, presentation and hard driving bluegrass and novelty material. Songs such as Take Me to Metchosin and Under the Empress added local colour to the humour. Clark Brendon, Joe Figliola (RIP), Rhonda Broadfoot, Dan Clifford and others were also involved at times. When the group broke up in 1988, Mike and Dave carried on the name as a duo, playing venues around the island. There have been occasional reunions over the years, most recently in 2006 (can be seen on youtube).
No audio samples have been linked to this profile. 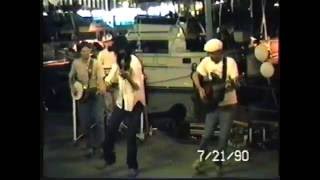 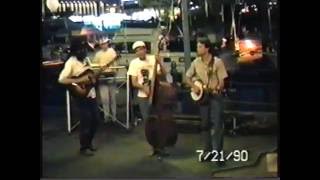 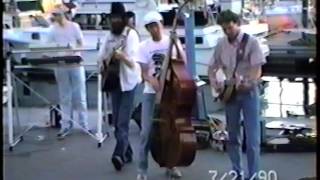 Special Delivery - Round Larry (Bowlin' Down at Mayfair)