By Donation
Add to Google Calendar

SAMUEL SHANBO HE began piano at age 6 and clarinet at age 11. He is the winner of the 2017 BC Provincial Festival for senior woodwinds, a prize winner with the Vancouver Women’s Musical Society, and has been awarded several honors and scholarships, most notably the prestigious British Columbia Graduate Scholarship. A full-time professional musician, Samuel is a member of the Naden Band of the Royal Canadian Navy. An alumni of the Harry Ainlay high school music program, Samuel continued with music into university and holds a BMus from the University of Victoria and an MMus from the University of British Columbia. His primary teachers include Patricia Kostek, Jose Franch-Ballester, Eric Abramovitz, and Sam Boutris.

JENNIFER MITCHELL learned piano, violin, and pipe organ while growing up. She studied piano with May Ling Kwok at the Victoria Conservatory of Music and at the University of Victoria where she received a BMus in Piano Performance. She earned a Master of Music degree in Collaborative Piano from the University of Western Ontario with John Hess and Mark Payne. Currently, Jennifer works at the VCM as a collaborative pianist with the Collegium Strings, and with the Victoria Arion Male Voice Choir, First Unitarian Church of Victoria Choir, and Sooke Philharmonic Choir.

JANY LU studied piano performance at the Victoria Conservatory of Music and University of Victoria with May Ling Kwok, and Piano Pedagogy and Performance with Midori Koga at University of Toronto. She is now based in Victoria, BC, where she works closely with the next generation of musicians. She is currently a keyboard faculty at the Victoria Conservatory of Music, where she teaches the fundamentals of piano playing and enjoys helping students develop their natural musicality. She holds a position as collaborative pianist at the VCM and the Collegium program, and frequently performs at the University of Victoria and with the Victoria Symphony.

KYLE REYES earned his BMus in Education from the University of Toronto and is a percussionist with the Naden Band of the Royal Canadian Navy. A versatile musician, he can be regularly heard performing classical, band and jazz music, and was a member of the 2012 National Youth Orchestra of Canada.

This concert will be available as a live stream. 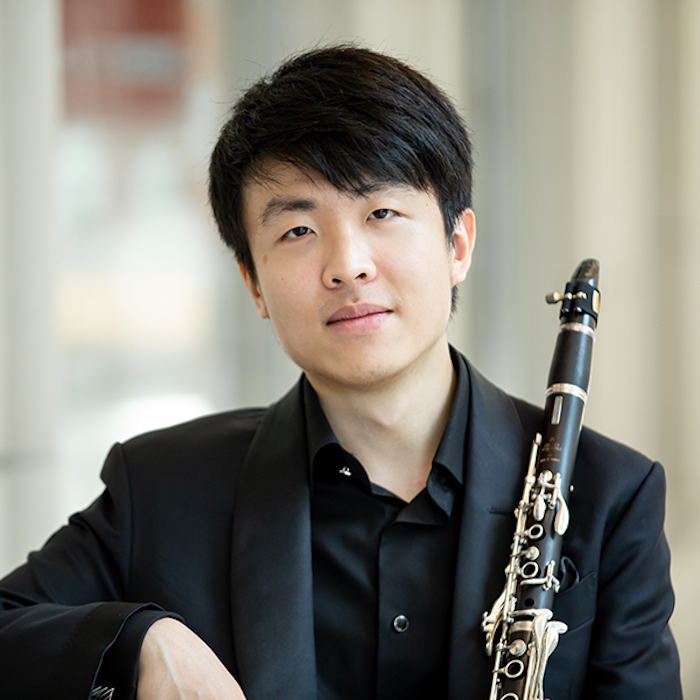