_____CHASE THE BEAR_____
Chase The Bear is a rock and roll band from Vancouver, BC that mixes catchy hooks, roaring electric guitars, and hard-hitting rhythms inspired by classic rock with influences of indie, soul, R&B, and pop.
The outfit has been playing in the southern end of the province since 2015, starting by busking on the streets of Victoria after brothers Troy and Leo Gilmore and childhood friends Connor Brooks and Braedan Royer moved from Fort St. John, B.C. with the dream to turn music into a career. They quickly gained recognition for their catchy original music and singer Troy's bluesy, powerhouse voice before picking up keyboardist Kevin Parker and guitarist Jordan Phillips and moving to Vancouver.
Chase The Bear has played over 100 self-booked shows from Victoria to Thunder Bay and everywhere with a stage in between, including a sold-out show opening for The Trews at the Commodore Ballroom. Shortly after the milestone of a show, the band released their debut “Chase The Bear'' EP in 2018, which raised $3000 on crowdfunding platform Indiegogo, tripling their modest $1000 goal.
A band of blood brothers, childhood friends, and musical prodigies, Chase The Bear shows unrivaled chemistry on stage with tasty harmonies, duelling guitar solos, and an explosion of talent, passion, and youthful energy, showing that this isn’t a rock n’ roll revival band - Chase The Bear is a whole new animal ready to take the world by storm.
“You must see this band. Let’s help them establish a core base and turn this into their proper new home … Chase The Bear were relentless from start to finish.” - Jon Williams (The Zone 91.3, Victoria)
“One kickass rock band” - Colin MacDonald (The Trews)
https://chasethebearmusic.com

_____VOGUE VILLAINS_____
Vogue Villains are a hard rocking alternative band with a musical foundation planted firmly in catchy melodies and multi-part harmonies. The live sound? Is big, dirty and full of raw energy while also having a humorous stage presence that goes hand in hand with their tongue in cheek lyrical sensibilities. Set on making music that feels unique, yet unafraid to wear the boys many influences on their sleeves, this powerhouse of a band has created a sound that is undeniably and unmistakably VV.
Vogue Villains is made up of four members: Andrew Baskin (Lead Vox, Bass), Lucas Antoni (Lead Vox, Guitar), Nate Cox (Drums, Vox) and Robert Johnston (Keyboard, Guitar, Vox). 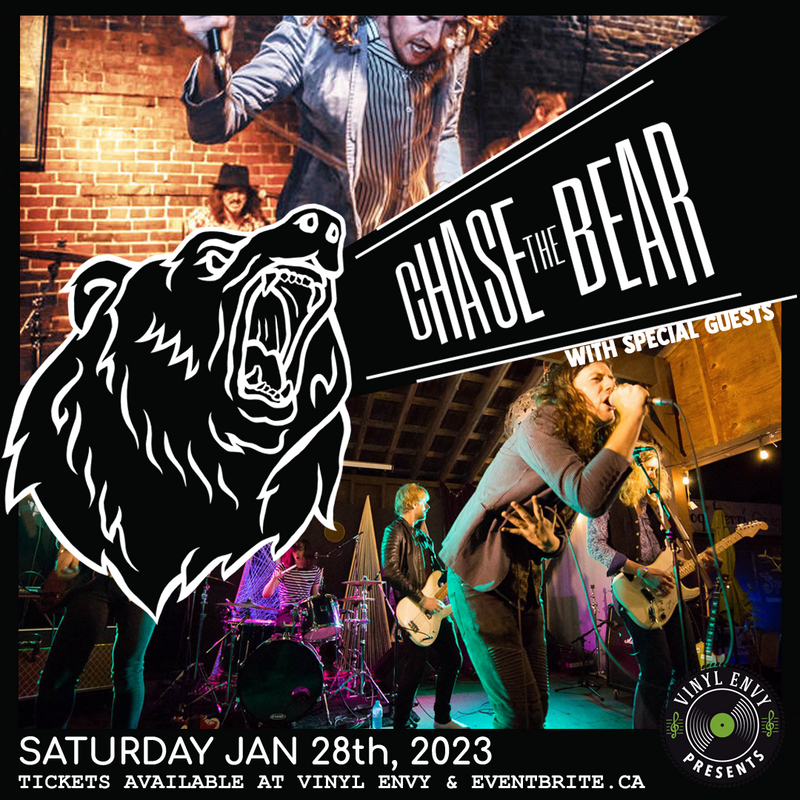