This Saturday, August 14 at 7 pm (PDT), Aerie Trio performs Music from the Aerie...

This Saturday, August 14 at 7 pm (PDT), Aerie Trio performs Music from the Aerie, the second of four concerts in the August Tunes of Passion online concert series.

Diane, Kathryn, and Nathan bring their love of chamber music to life with works ranging from the 18th century through to today. Their passion for exploring a wide range of styles, sounds and colours has led them to create programmes that range from the warmth of a Haydn trio to the haunting beauty of Astor Piazzolla’s “Oblivion.”

On August 14, Aerie Trio will perform a program of gorgeous romantic and 20th century music by Gaubert, Martinu, Piazzolla, Delibes, Hodges and Perri, and others. Kathryn also will be bringing out her clarinet to include arrangements of the well-known duet from Lakme, and an arrangement of Christina Perri’s “A Thousand Years.”

Passionate and beautiful music, along with the Triangle Mountain top location from which the Aerie Trio takes its name, will make for a magical evening.

Diane Berry graduated from the music program at York University and since then has been working as a private teacher and freelance flutist. She began composing music in her thirties. In 2016, Diane’s piece for string quartet, "Chasing the Raven" was awarded second prize in the Seattle Composers Alliance competition, was performed by NOCCO and broadcast on Seattle's KING.FM. Diane made her European debut in 2018 with her piece for solo flute and electronics, "Calling" which was part of the International Alliance for Women in Music's annual concert in Dublin, Ireland.

After graduating from Wilfrid Laurier’s Bachelor of Music program with a major in two instruments, Kathryn Le Gros co-founded the Kitchener Waterloo Chamber Orchestra, and was a regular recitalist in southern Ontario. Since moving to Victoria in the 1990s, Kathryn has played in classical and jazz trios quartets and quintets, as well as performed with singers and other instrumentalists. Recent performances on both clarinet and piano include An Die Musik (an evening of Schubert music), Amor (an evening of Spanish music) and Summer Fayre (light summer and garden music) with Resonance, Spring Romantique with cello and singers, classical repertoire with the Aerie Trio, light jazz with Broke and Blue, and jazz with 5 Shadez of Blue.

Nathan Jacklin is the Director of Strings and Orchestra at Oak Bay High School. He is also the Associate Conductor for the Civic Orchestra of Victoria and has conducted orchestras from all over the Island. Nathan is a founding member of the Victoria Cello Quartet and performs regularly as a cellist around town, including with the Victoria Symphony. Nathan has been fortunate to perform and record with a wide number of artists, most recently including award-winning folk band West My Friend and Juno-nominated singer Chelsea Amber.

For further information about Music from the Aerie, including more detailed musician biographies, visit: https://augmentedtriopromotions.com

The Augmented Trio Promotions and Lumera Productions August Tunes of Passion: 4 Unforgettable Nights on Triangle Mountain concert series is presented with support from SoundON, Creative BC, and the Province of British Columbia. 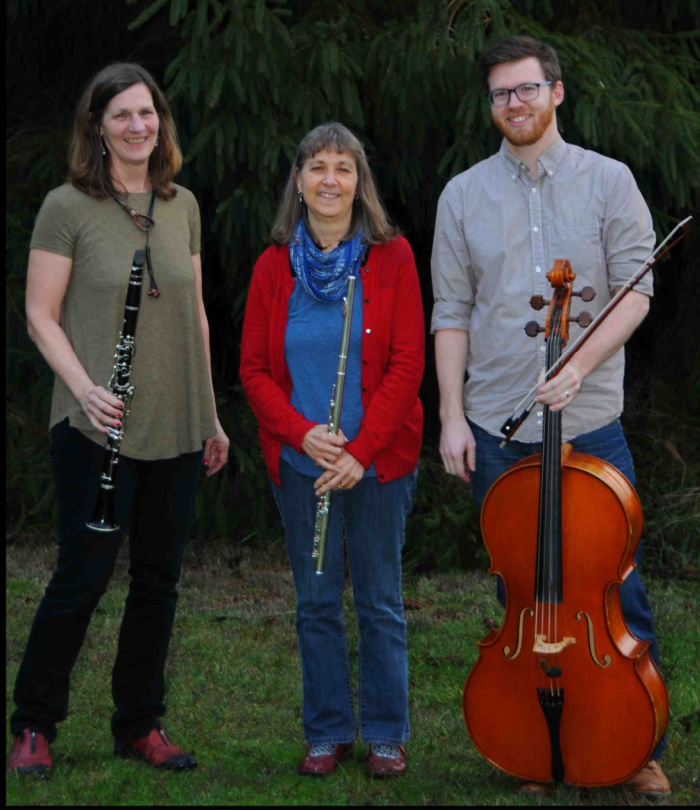