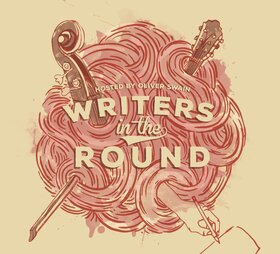 Music: Country / Bluegrass / Rockabilly, Tribute / Cover
This years Writers in the Round hosts some of Canada's greatest songwriters sharing songs and stories in the round!
Leeroy Stagger, after eleven albums, two EP's and seventeen years as a singer-songwriter, Leeroy Stagger's 2020 release, Strange Path is his most ambitious and philosophical creation yet. A veritable self-help book pulled from a lifetime of struggling towards the light and brimming with the hard-won joy at the heart of his recent renaissance.

Stephen Fearing is widely considered one of Canada's greatest songwriters. His career spans decades as solo artist and collaborator including his iconic roots rock ensemble Blackie & The Rodeo Kings.

Richard Moody is an underground legend known as an instrumentalist, vocalist and songwriter. He has toured the world with groups like The Wailin' Jenny's, The Bills and Acoustically Inclined.

Oliver Swain was a member of some of North America's greatest roots in groups including The Duhks, The Bills, Outlaw Social(Pharis Romero) and The Red Stick Ramblers before launching a solo project in 2011. Since then he has performed at Calgary, Winnipeg, Edmonton Folk Fests to name a few and toured North America, EU and Australia.