Due to travel restrictions regarding COVID 19, NY pianist Steve Hudson is unable...

Due to travel restrictions regarding COVID 19, NY pianist Steve Hudson is unable to participate in this tour. Redline Trio has a performance history with multi-Juno award winning musician Brad Turner (Vancouver), Brad was also involved in the cd mixing and mastering process, thus he is already familiar with music.
Redline Trio brings to life an attitude of a bygone era with a modern perspective.

In May 2019, with assistance from the Alberta Foundation for the Arts, Redline Trio recorded their debut cd at the Banff Centre for the Arts featuring guest NY pianist Steve Hudson, garnering two 2020 YYC Music Awards nominations; Best jazz recording and Group of the year. Redline Trio has been featured in the JazzYYC All-Canadian Jazz Festival, Theatre 1308 Bright Side Festival, and has future invitations to perform at Havana Jazz Plaza, and the Medicine Hat and Edmonton International Jazz Festivals.

Drummer Jeff Sulima has taken his musicianship across the ocean, holding down residencies in Europe and Asia. A consummate accompanist, Jeff can deftly shape the turn of a phrase with his nuanced percussive palate, and just as easily light the room on fire with his thundering mallets and driving kick drum.

Bassist Stephen Shepard loves to explore musically. His compelling sound draws in listeners and fellow musicians alike, while his creativity on and off the bandstand gives Redline Trio a foundation of epic yet elastic proportions.

Saxophonist Mark DeJong has travelled around the globe and those experiences inform his reverence for tradition while balancing the adventurousness of a trailblazer. His saxophone wails, roars and cajoles listeners to dive deep.


Brad Turner is a trumpeter, pianist, drummer and composer who is one of Canada's most in-demand and highly esteemed jazz musicians.
After receiving his Master's degree in Jazz Performance from the University of North Texas in 1992, Turner returned to Vancouver, and was hired as an instructor of trumpet at Capilano University (then Capilano College). He has performed and/or recorded with such artists as Joe Lovano, Bill Frisell, Kenny Wheeler, John Scofield, Michael Moore, Reneé Rosnes, Harold Mabern, Jimmy Greene, Ingrid Jensen, Peggy Lee, Dave Douglas, Mike Murley, Seamus Blake, Kenny Werner, Mino Cinelu, Roy McCurdy, Russell Malone and Ernie Watts. Turner's groups have opened for McCoy Tyner, Roy Haynes, Wayne Shorter, Clark Terry, Diana Krall, Ahmad Jamal and Tony Bennett. As a leader, Turner has released ten albums, eight as a trumpeter with the Brad Turner Quartet, and two as a pianist with his trio. As a founding member of the multiple juno award winning group Metalwood, he has released six albums. 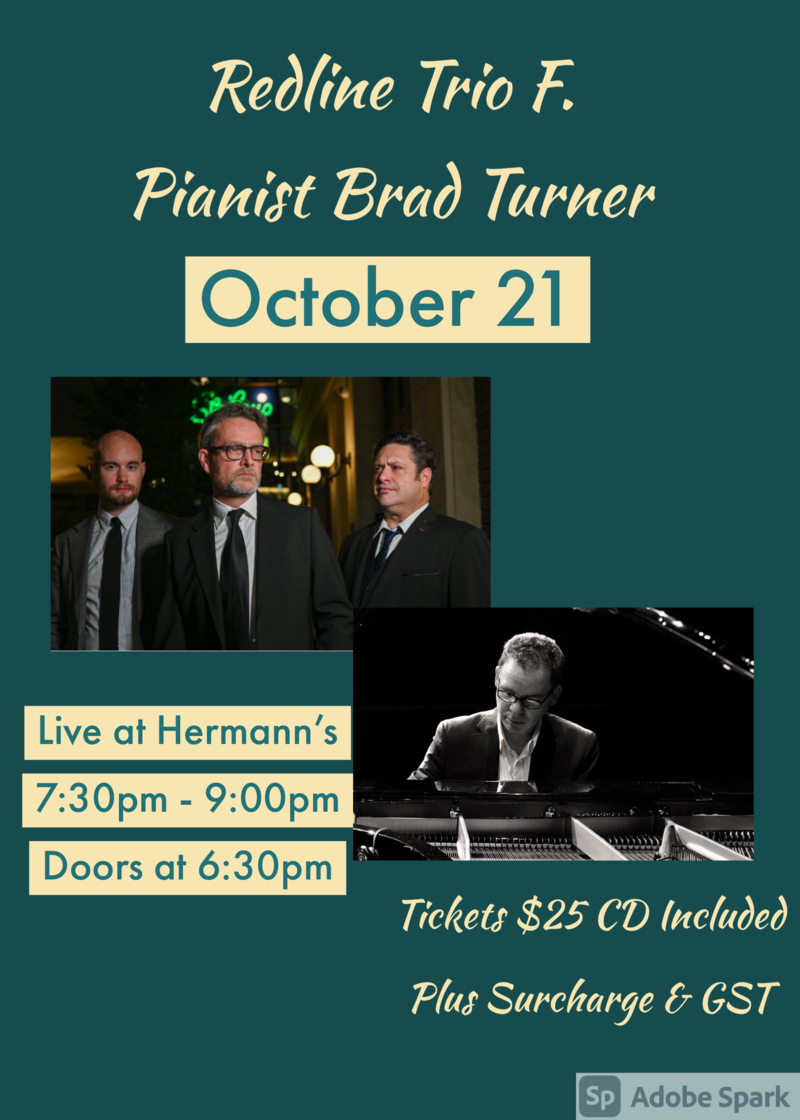